The largest Triceratops skull ever recovered was found in Dawson County. Called the Dragon King, the skull is 65 million years old and weighs over 600kg. It was found in the Hell Creek Formation in the badlands in 1992 and was finally excavated in 2003.

It’s also home to the Hagen Site, an extremely important archeological site where they recovered over 20,000 artifacts, left by the original indigenous population. The site was discovered by an amateur archeologist, and later handed over to teams organized via the State of Montana and funded by the Works Progress Administration.

The quirky community of Dawson County throws staple Montana events, but can’t do it without adding a twist.

Based around a disc golf tournament and a fun run, Buzzard Day in Makoshika State Park has turned into a multifaceted event celebrating the flora, fauna, and geology of the region. They also host a Cornhole Tournament and have professional telescopes on hand after dark for night sky viewing at the Kinney Coulee Trailhead. The highlight of the day is when a real turkey vulture is brought to the event from Zoo Montana.

Dawson’s beloved county fair has all of the requisite livestock shows and carnival games that you’d expect, plus live music and a rodeo.

Drawing crowds every year from all over eastern Montana and beyond, Glendive annual Harvestfest and Junkapalooza combines a vintage fair with a classic fall harvest sale. Visitors can expect to find activities like pumpkin carving interspersed between hundreds of booths selling handmade crafts, fresh produce, Christmas decorations, and plenty of food. 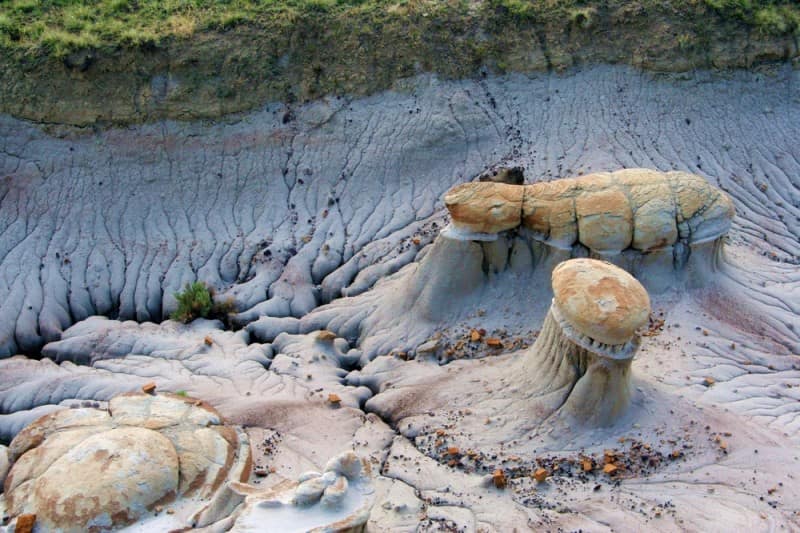 Home to Montana’s badlands as well as the roaring Yellowstone River, Dawson County is a land of contrasts.

Encompassing much of Montana’s badlands, Makoshika State Park is a hotbed for fossils, including dinosaur bones. Many Tyrannosaurus Rex fossils were excavated here; one of them is on display in the visitor center. Inside the park, you’ll find hiking trails, campsites, and even an outdoor amphitheater.

A modest but informative museum, the Frontier Gateway Museum contains exhibits that relate a slice of Montana life from around the turn of the century. Inside you’ll find homewares, clothing, and document donated by community members. Outside you’ll find a preserved log cabin and schoolhouse as well as a real sheep wagon.

Spanning the Yellowstone river in Glendive, the Bell Street Bridge was once part of a major highway. But as part of a rehabilitation project in 1992, it was converted to a pedestrian-only span.