A recent addition to the Butte community, the Ridge Waters Water Park is an ideal location for those looking to escape the summer heat and have a good time.

Around five years ago the decision to construct a new waterpark at Stodden Park was made, the main purpose was to replace the old Corette Pool that had seen no use for more than a decade.

The 14,000-square-foot Water Park reached completion in 2018, and it boasts some interesting features that make it well worth a visit.

Anyone passing through the region might find it a useful stop-off point—especially those with kids. Ridge Waters is largely seen as a valued addition to the community. 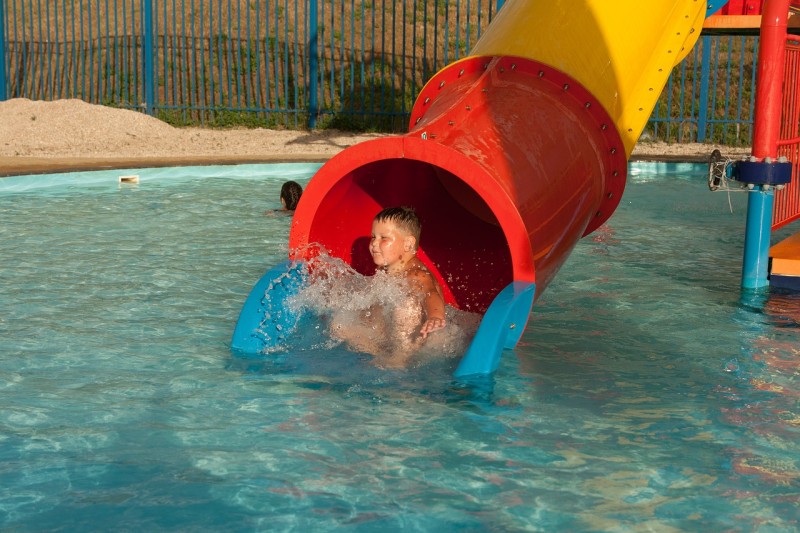 Butte’s well-trodden Stodden Park was first constructed around the turn of the 20th century. It was the brainchild of the richest of Butte’s industrialists at that time and was initially known as Columbia Gardens. One of its main purposes was to provide some much-needed amusement for the miners.

It was Montana’s first and only amusement park and was intended as a place where children and families could escape the polluted air which had come about as a result of the mining.

Stodden Park as a whole though has been a source of leisure for decades including the original pool. Known as the Corette Pool, it rather unfortunately deteriorated to the point where it had to be closed in 2005.

After Columbia Gardens closed, it left something of a gap in the community, although it wasn’t until six years later that the members began to envision the possibility of a new waterpark.

For starters, the waterpark features Montana’s longest lazy river. Then there’s the zero depth entry pool, and multiple other features. Little ones can have fun with the climbing wall and the gusher jet slides among other things.

There is an area where visitors will find a carousel-themed toddler slide and a few other fun activities to keep the really small ones entertained for hours. These include ground sprays and an interactive water table.

The kids will be delighted once they lay eyes on the 28-foot tall play structure. This tower has been designed in line with the theme of the park and features a tube slide, side-by-side racer slides, water cannons, and large dumping bucket.

The park’s major attractions include the two 23-foot-high water slides and the 400-foot Lazy River—which is apparently Montana’s longest. 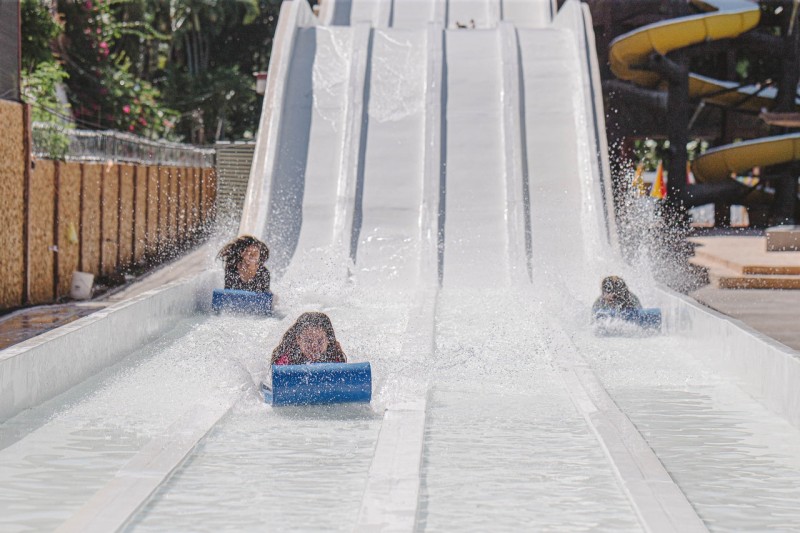 There are also a variety of other fun activities like water basketball, water volleyball, and a 20-foot monkey rope. A few other deep water activities include the 15-foot climbing wall with a diving platform.

The bathhouse contains lockers and changing rooms, which are locally funded and partly there to help support the local high school softball teams when they play at Stodden Park.  ​

Outside lockers are also available but reportedly you’ll need your own lock to secure your stuff. There is also plenty of space around the park away from the water if you want to relax and escape the noise.

Hours and Fees at the Park 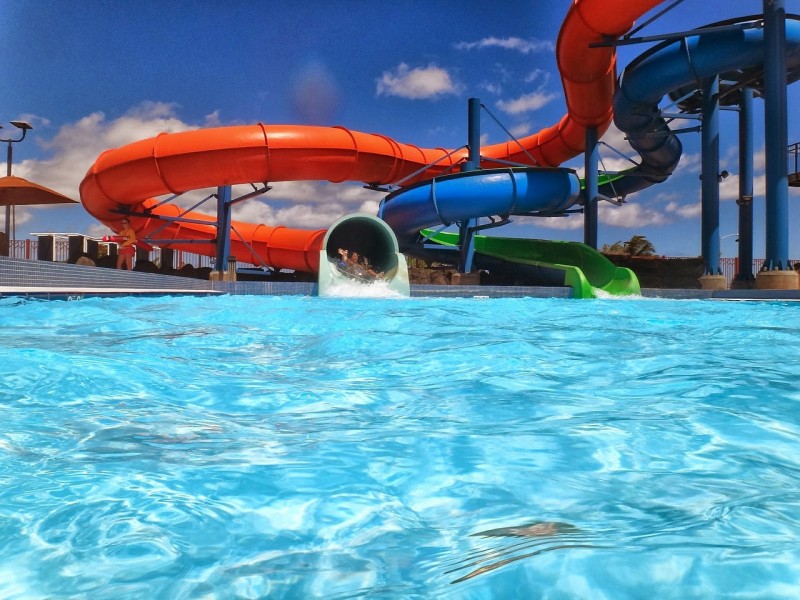 This is one of Montana’s newest destination waterparks and the operating hours are usually grouped into two sessions.

As far as fees go the park has very reasonable rates in that visitors who are 2 years or younger go in for free.

Safety at the Park

The park has plenty of lifeguards during peak times and all children who want to go into the deeper pool have to first pass a basic swim test.

When they have passed they get banded. Some attractions are unavailable to those without the bands which are enforced by the staff.

Ridge waters Water Park is a highly enjoyable water park in Butte with very reasonable prices. The park has tons of things to keep the kids entertained, and the lifeguards are quite well switched-on.

If you haven’t been and you find yourself in the vicinity, add it to your itinerary—it’s well worth the trip.

Ridge Waters Water Park is certainly a great way to spend a lazy afternoon and comes highly recommended by visitors of all ages. The staff is professional, the facility is clean, and it is overall a great option for a day out.

The pools, parks, and amusement entrenched in part of Butte’s past are now again in the present. Thanks to the efforts of the Butte community, future generations will now be able to splash the day away and have fun at the Ridge Waters Waterpark.