Rialto Bozeman offers exciting and evocative concerts in downtown Bozeman. Originally a movie theater, the building has been transformed into a venue for concerts and events.

Located on Main Street, the theater provides an intimate environment for concerts and offers not only a music venue but also an event space for dining and a bar on the second story.

Thus the space is popular not only for concerts but also events such as parties, business meetings, workshops, and rehearsal dinners. Each space is truly unique with great lighting and modern designs.

Both a place to host events and see shows, Rialto Bozeman has become enjoyed by both visitors and locals in the town. It’s also easy to stay nearby the venue if you’re coming from out of town.

There is a hotel called The LARK just a block away that offers high-quality accommodations with great amenities.

As far as concerts go, the Rialto Bozeman also shows all kinds of music. From underground hip hop to punk rock, the place has shown just about everything.

Whether you’re simply looking for a place to host an event or are wanting to see a concert in Montana, Rialto Bozeman is well-worth checking out!

The History of Rialto Bozeman

Rialto Bozeman has humble beginnings, being originally a space in the early 1900s for a peanut stand then later a U.S. post office and storefront.

It was transformed into a movie theater in 1924. The theater showcased various films including Out of Luck and the Hunchback of Notre Dame.

It quickly became a popular area of entertainment for Bozeman locals. After television began to boom in the U.S., the theater attempted to adapt and branch out by showcasing independent films.

In 1982, the theater continued to change by getting renovations and beginning to show festival films and documentaries. The theater had its floor reconstructed and the seats were replaced. The sound system was also improved.

Notably, the theater also got its own popcorn machine. Prior to this theater employees had to carry popcorn across the street from the Ellen Theater nearby.

Closing in 2005, the theater didn’t reopen until 2018. The theater reopened under new management as a place, not for movies but rather for concerts and events.

Still, Rialto Bozeman retains some of its old values, as it showcases many independent and less well-known performers rather than simply hosting mainstream and well-known artists.

With state-of-the-art sound systems and a probation era feel, the new theater has brought culture and entertainment to Bozeman once again.

Today the theater hosts many events and concerts and has been enjoyed by both Bozeman locals and tourists. 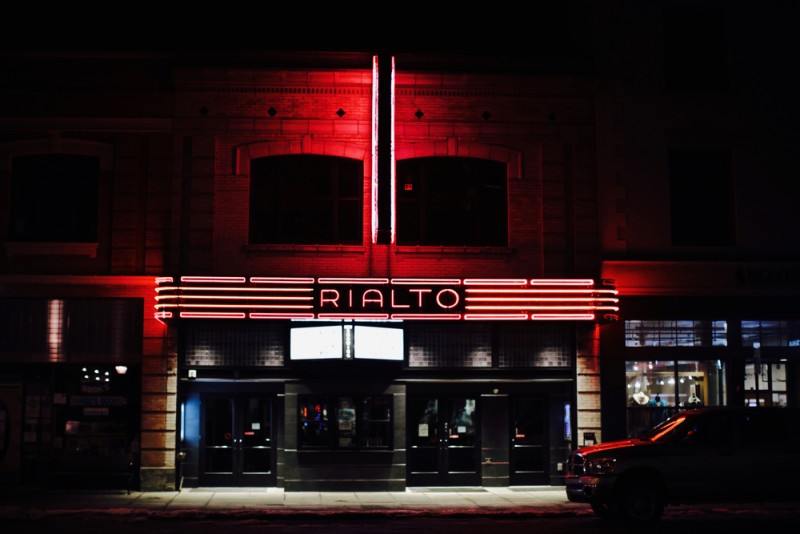 Rialto Bozeman has three spaces, the Black Box Theater, the Light Box, and the Burn Box Bar.  Each space offers something different and unique, depending on what you are looking for.

The Black Box Theater is likely the most visited space, as it is where concerts and performances are hosted at the venue. The theater has a capacity of 400 people and a mezzanine level. The Black Box has a high-quality sound system and state-of-the-art lighting, making it a great place to see a show.

The Light Box and Burn Box Bar are typically intended for private events. The Light Box is a large space that hosts up to 100 people. It has a classy feel with plenty of tables and seats.

The Burn Box Bar is a smaller space that hosts up to 45 people. This bar is on the second story, overlooking Main Street. The bar has a wide variety of cocktails, beers, spirits, and more.

The Rialto Bozeman is less restrictive than other venues but still has a few rules. The venue is open to all-ages, but recommends against bringing infants.

The venue unfortunately does not have any upcoming events listed at this time. You can check here for updates on upcoming shows.