If you desire a historic atmosphere laden with epic memories, the Ellen Theater is the place to be. This cultural gem is a representation of what Gallatin Valley has to offer. They have it all, be it classic shows, top-notch music, local comedies, or stand-ups.

Located deep in downtown Bozeman, The Ellen is a prime stop for anything performing arts. The iconic comedian Paula Poundstone, vaudeville circuit, Riders in the Sky, have all graced this theater. 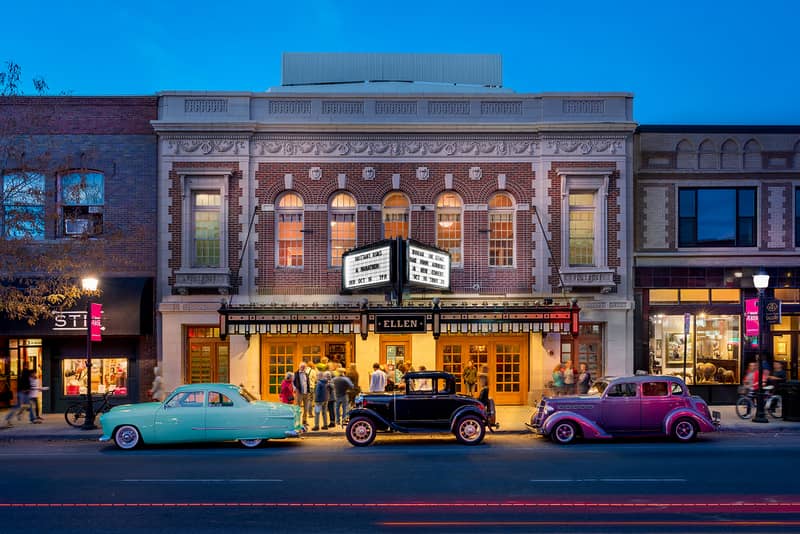 The charm of yesteryear might have faded, but not the nostalgic ambiance and cracking performances. Today, patrons can enjoy westerns and classics, orchestras, local comedy, dances, movie premiers, and similar concerts. The Ellen has a seating capacity of 440. Wheelchair seating is available to people with disabilities

This theater sits north of Bozeman’s Main Street. You can park on Main Street, adjacent side streets, or city parking lots to the east and north. Dining and lodging options are in downtown Bozeman. Beer, wine, water, soda, and other refreshments are sold at the theater’s lobby before curtain.

History of the Ellen Theater

Designed by the flamboyant architect Fred Wilson and built by the sons of Bozeman’s founding father, Nelson Story, Ellen Theater is indeed unique. The theater was named The Ellen to recognize the founding family’s matriarch.

The theater’s interior featured an Italianate style. The hardwood stage carried a half-fly gridding system, dressing rooms, and an apron.

The proscenium was primarily dedicated to screening motion pictures and live events. Seating was available on the floor and balcony, while dining rooms occupied the upper floor.

The first curtain went up in 1919 when screening the movie, The Miracle Man. Right off the bat, Ellen Theater hooked the over 6,000 Bozeman residents at that time. It was the go-to place on Fridays, Saturdays, and Sundays.

No one wanted to miss out on the school plays, silent films, town band recitals, and shows on offer. There was an opera with a live elephant entertaining patrons at one point. Soon, local legends like “Popcorn Johnny” were born. Johnny became famous for selling popcorn in front of the theater.

In 1931, Ellen Theater underwent significant transformations. Acoustic improvements were undertaken, the interior refurbished, and the theater was sold to the Russell family.

At this time, the theater was at its prime. It was frequented by the vaudeville circuit and was home to many celebrities. Poster names included Vivian Vance, the iconic dancer Sally Rand, the unrivaled ventriloquist Edgar Bergen, and comics like Al Shean.

Ellen Theater’s epic story took a turn for the worse in the mid-1970s. Rapid technological advancement saw patrons turn to DVD rentals and TVs for entertainment.

While the theater was an option, The Ellen wasn’t in the mind of many. Four decades without upgrades, remodels, and repairs had rendered this theater obsolete. Numbers were so bad that the theater closed shop a few times in the 80s. Competition from drive-in theaters and new, pompous theaters was now a reality.

Ellen’s future looked gloomy till the 90s when Carmike Cinemas came to the rescue. Carmike rented this theater and ran it like a movie house. It even donated some carpeting to the theater in 2001. 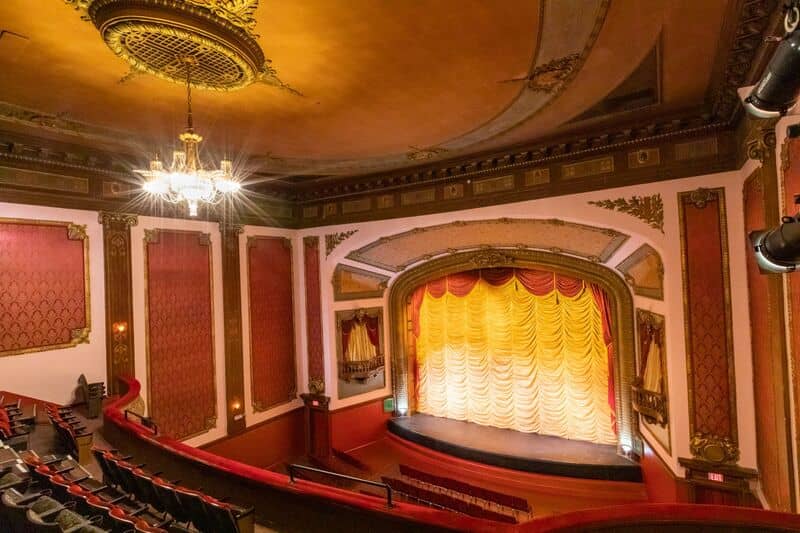 In 2005, Montana TheatreWorks, a non-profit, acquired the Ellen Theater from the Russell family. It wasn’t until 2008 after Carmike Cinemas had vacated, that renovations began. The massive renovations required funds, and it could have failed were it not for the donations and fundraising from the local community.

The Ellen we know of today roared into life in December 2008. On show was Charles Dickens’ A Christmas Carol, and in attendance were over 6,000 patrons.

It continues to attract performances from renowned artists/groups such as:

During the 18 months of Covid-19 pandemic-induced closure, The Ellen underwent a serious face-lift with the mission to restore Ellen to the way she looked back in 1919. Whilst closed, the theater could undergo work to repair damaged ceiling plaster and every corner of the theatre has been beautifully repainted.

The official Grand Reopening was September 2021 and since then they have returned to the many events they host each year. 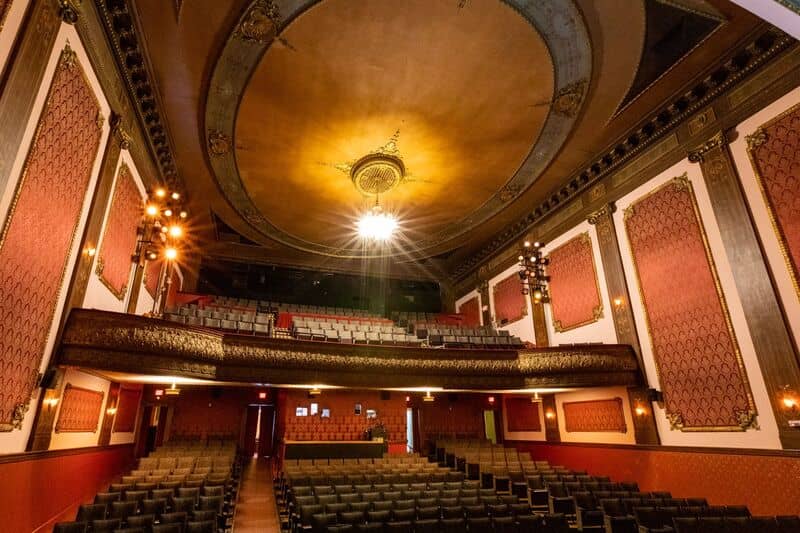 Many events are held in the Ellen Theater each year. You’re bound to encounter variety here, from jazz nights to classic movies.

Some shows in Ellen Theater recur due to public demand. An example is the energetic, Scotland-based group Talisk which will be performing once again in 2022. The ever-funny stand-up Paula Poundstone will also grace the Ellen Theater in 2022.

You’ll need to purchase tickets for most events, but a few free events are available. Currently, masks are mandatory for everyone attending shows at the Ellen Theater.