A piece of our nation’s history, Clark’s Lookout State Park in Dillon, Montana is a must-see for any Lewis and Clark fan.

For history buffs, this site allows you to walk in William Clark’s footsteps as he gathered imperative compass points and sketched a map of the lower Beaverhead Valley. But truth be told, this southwestern Montana location highlights a valuable history lesson for all of its visitors.

On August 13, 1805, the hill at Clark’s Lookout State Park provided intrepid explorer William Clark with a larger view of Beaverhead River and his camp’s journey ahead. Sitting at over 5,000 feet, this spot also acted as a recreational area and food source for the men camping with Clark with plenty of trout to catch down by the river.

At this time, Lewis met the Shoshone Indians and received offerings of peace, ceremony, and a flag presentation in the Lemhi Valley. But Clark was busy making his own peace offering by way of his trusty compass.

Interestingly, this was also the area where Lewis and Clark’s guide Sacagawea reunited with her Lehmi Shoshone family after an unfortunate kidnapping from the Hidatsa tribe.

On August 14, Clark and his campmates ate an early breakfast and set out with his new coordinate points and itinerary – and on they went, thanks to his leadership.

While Clark’s Lookout State Park is smaller than most, it makes up in sheer historical value. Featuring a short hike called Lover’s Leap up the hill to an enlarged compass with Clark’s coordinates, depending on the time of year, it’s perfect for a picnic.

It now overlooks the town of Dillon and Beaverhead Rock,  but it’s a great opportunity to envision the land before American industrialization.

It’s true – Clark’s Lookout State Park may be on the smaller side, but it’s surrounded by other historic sites, rivers, trails, and parks. Let’s go!

Located off of present-day Highway 41, Beaverhead Rock is a rock formation overlooking the Beaverhead River identified by Sacagawea as a familiar summertime site to her native indigeneous tribe.

This inside intel helped Lewis and Clark with their onward trajectory west. Also known as the Point of Rocks, this beaver-like formation isn’t directly accessible, but it can be easily photographed from a distance.

Once you’re done playing Lewis and Clark bingo, we suggest a trip back down into Dillon for our favorite local spot, Beaverhead Brewing Company.

Named for Dillon’s original brewery in the late 1800s and early 1900s, this brewery does its best to live up to its name – and their Pioneer Porter is worth the trip alone. Cheers!

We might be a bit biased, but this museum is one of our favorite county museums in all of Montana. Their Indigeneous Peoples of Southwestern Montana exhibit provides so much context for the people who have lived on this land over the 12,000 years, long before European settlers arrived.

We’re big Lewis and Clark fans, but it’s nice to have exhibits related to the original inhabitants of Montana, as well as a geology and mining exhibit. And of course, the Beaverhead County Museum shares Dillon’s history within the great fabric of a pioneering America.

Although it originally came to fruition as a railroad town named Terminus, Dillon has so much more to share: this museum is home to an old depot, theater, historically accurate dioramas, schoolhouse, and more.

And did we mention the bird exhibit? Definitely check this one out on your way through Dillon! 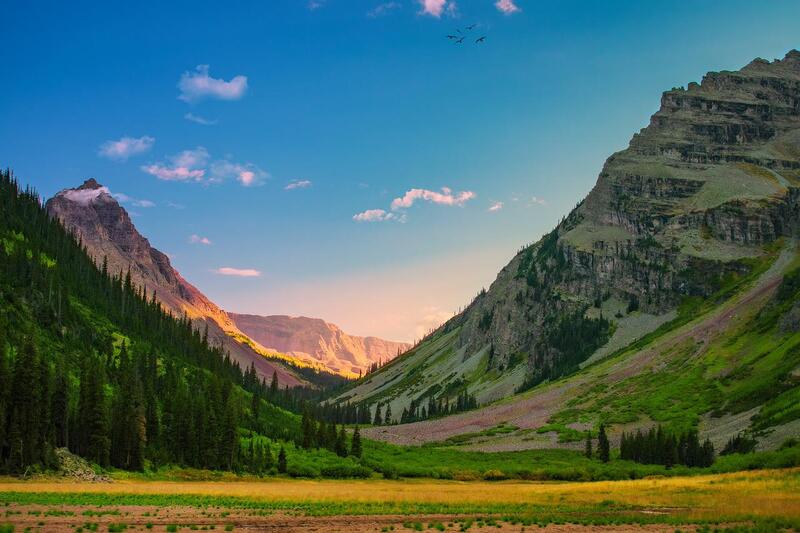 Let’s continue our history lesson! Why is this site called Camp Fortunate? Well, it was a turning point for Lewis and Clark’s expedition.

Because Lewis and his camp were around fifty miles ahead of Clark’s camp, they met with the Shoshone tribe, as mentioned earlier, where indigeneous ally Sacagawea was eventually reunited with her home tribe after a very unfortunate buffalo hunt.

But the real luck surrounding Camp Fortunate was buying Lewis the time and ability to stock up on goods before heading west to the Rockies and Pacific.

These days, Clark Reservoir offers recreational opportunities to swim, boat, or even roleplay as Lewis and Clark themselves (Visiting Clark’s Lookout State Park is a good start!).

Once you’re ready to reemerge from the 19th century, we recommend heading to Dillon’s Sparky’s Garage for their beef brisket and cornbread. Trust us – it’s great.

If there’s one thing Montana is great for, it’s recreational activities! Let’s explore some more of our favorites – you already know about Beaverhead Brewing Company! 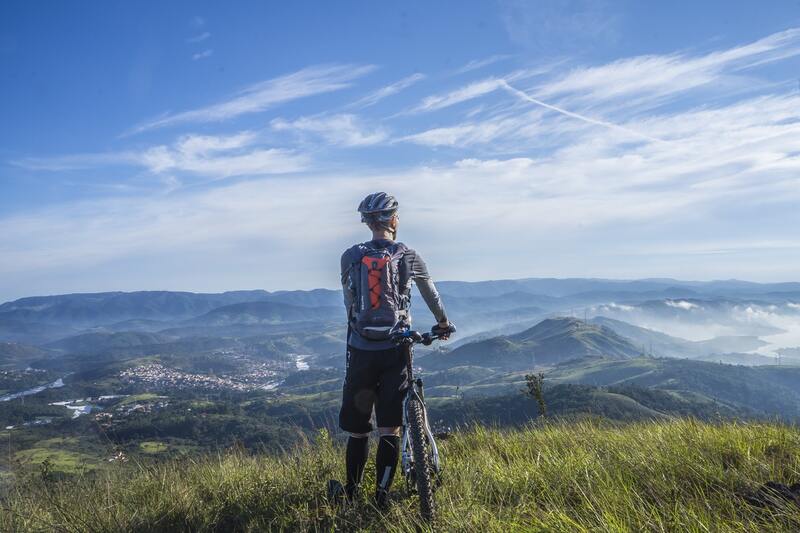 The shorter Blacktail Meadows Trail in Dillon is a pretty accessible trail with relatively flat ground. A relaxing hike, it also loops around a beautiful pond and is the perfect place to stop for a rest.

Other hikes we love: Tim’s Ridge Loop and the Dillon Overlook Trail.

In terms of mountain biking, we highly recommend the Dillon Overlook Trailhead. It’s somewhat challenging, so keep that in mind if you’re a newer biker.

Regardless of where you hike, you’re sure to find lots of wildflowers and beautiful lakes on your hikes in southwestern Montana! 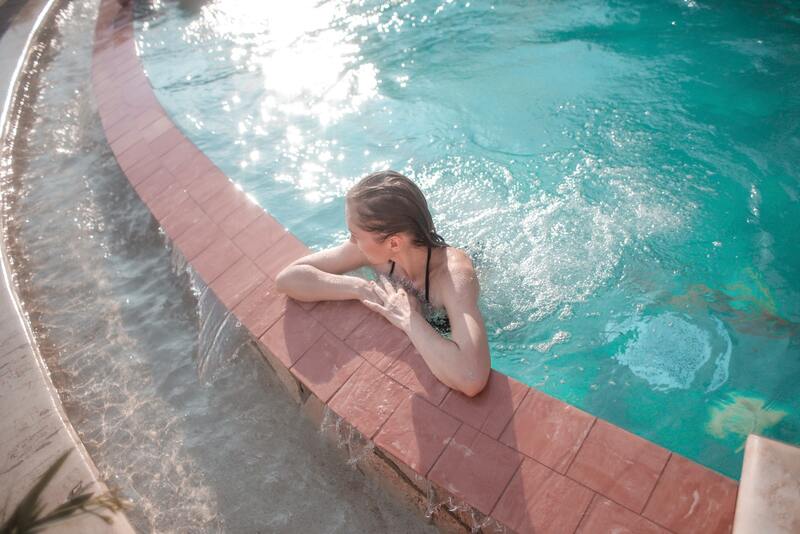 One of our favorite spots to swim is at the Clark Reservoir, we also love to spend a night or two camping there!

Like hot springs? (Who doesn’t?) Check out Elkhorn Hot Springs in nearby Polaris! With the Beaverhead National Forest so close, you’re bound to find plenty of lakes to swim in.

If you’re more into wading in water for fly fishing, we recommend looking into Backcountry Angler tours (Check out their lodge, too!). 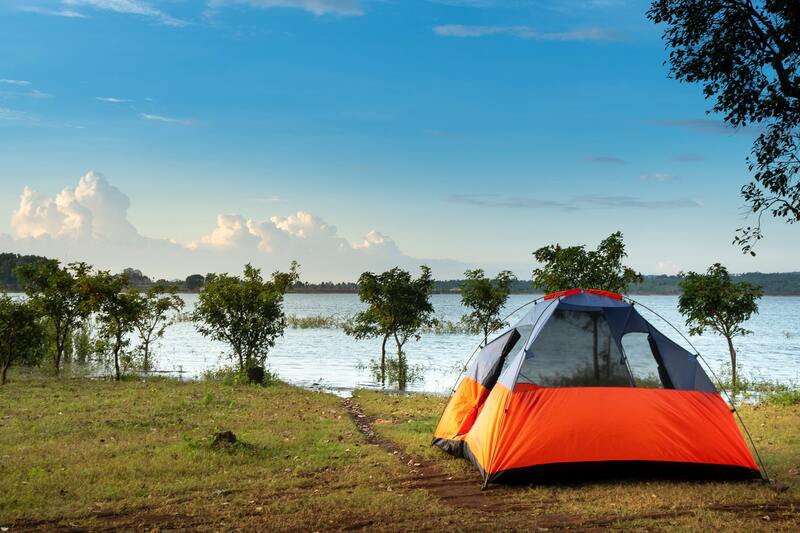 Ready for some primitive camping? The Clark Reservoir offers 9 campgrounds with a total of 96 campsites, so it’s our favorite local spot to get in touch with nature.

Be sure to check out Camp Fortunate while you’re there, and bring a fishing pole or bathing suit for the reservoir’s 17 miles of shoreline! We think it would make a great Fourth of July celebration spot!

If you’re into camping in a tipi, check out Bannack State Park for a great option along Grasshopper Creek.

We’re also big fans of Barretts Station Park. It’s not as well known as the Clark Reservoir, but it provides free camping for up to 14 days. Yes, free camping!

We love that it follows the river’s path, so it’s also great for trout fishing and wading. If you head north into the Beaverhead National Forest, you’ll find plenty of camping spots.

No need to play favorites in a place as picturesque as Montana, but the Agnes Lake Trail is a sight to behold.

The Trail through the Pioneer Mountains, Agnes starts near Browns Lake and spits you out near Long Branch Lake (The trail is between two lakes – need we say more?).

Suffice it to say: you’re going to be surrounded by waterways on this hike, which is especially refreshing on hot summer days.

Although this hike does go through wide expanses of beautiful forest, it’s been categorized as pretty steep in some parts, so don’t forget your best hiking shoes!

Many hikers love this spot for its primitive camping, but most people are just happy to climb to the top for a lake swim. And you know what they say: it’s all about the climb! A crowd favorite.

We’ve already mentioned this spot, but let’s refresh your memory. This hike takes a little under an hour to complete and is known for its steep, winding path.

We suggested this as an intermediate biking loop for that exact reason, but once you get to the top, you’re rewarded with stunning mountains in the distance.

Sawtooth Lake’s trail is moderately challenging, with gradual switchbacks and an uphill climb, which makes it one of our favorite solo hikes in the area. We love that feeling of accomplishment!

Be sure to bring your bug spray and a snack, and treat yourself to a cool lake. Then, head back down into Dillon for Dillon Tap House, which has an out-of-this-world IPA called Space Camper. Yum!

Let’s head back to Bannack State Park for our last stop. Birds Eye View Loop takes you through an old pioneer settlement (so cool!), and you may see some families horseback riding on this section of the trail.

The ghost town is really interesting (hello, gold panning!), but we love this trail because it leads up to Bannack Peak, a 7,000-foot spectacle. Get that selfie at the top, but watch out for coyotes and rattlesnakes!

No matter where you head near Clark’s Lookout State Park, there are plenty of places to commune with nature, get some exercise, or soak in hot springs.