Big Arm State Park is located around ten miles to the north of Polson in Montana. You can get to it on U.S. 93 by heading towards Flathead Lake, the largest western-U.S. natural freshwater body of water. At close to thirty miles in length and half of that again in width, Flathead Lake is renowned for its fishing and other outdoor recreation pursuits.

The state park is located on the southwest shore on the “big arm” of Flathead Lake. The aptly named Big Arm Bay refers to both a part of the lake and a small community town five miles from the state park.

The Big Arm region of Flathead Lake is surrounded by inspiring views of the Mission Mountains. It is also a popular stop-off from why to get across to Wild Horse Island, where there are some amazing lake scenarios within fairly close proximity.

The 2,000-acres or more island is located off the west shore of the lake and is a sanctuary for much wildlife along the lines of bald eagles, bighorn sheep, yellow-pine chipmunks, and of course–wild horses. The island is open for day use but is only accessible by boat.

Big Arm has been a designated state park since 1966 and is operated by the FWP. It has always been a well-populated area when it comes to camping and other outdoor recreation like walking and hiking, biking, fishing, boating, and wildlife watching.

One of the main attractions in the warmer months is the long pebbly beach where you’ll find a fair few swimmers. And there are plenty of boating-related activities going on all the time.

Big Arm Bay means sailing, scuba diving, water-skiing, and lake-trout fishing. There is also the tribally-owned Big Arm Resort if you don’t fancy camping out under the stars.

The resort offers entertainment and serves as a stop-off for many groups or families on their way to Glacier National Park.

There are a few fees for non-residents at Big Arm State Park. Anyone with a vehicle pays $8.00, and walk-in fees are half of that. To get to Big Arm Lake head north from Polson and drive for 13.5 miles on US-93, or drive south from Kalispell. 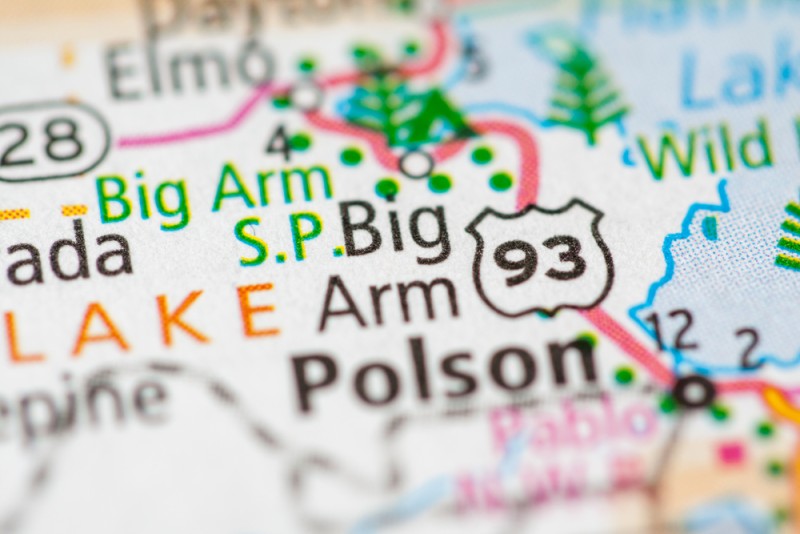 This is a popular destination for camping and lake trout fishing, as well as plenty of other outdoor, water-related, or wildlife-connected activities. It is very possible to catch a glimpse of birds and other wildlife like birds, deer, and squirrels to black bears on occasion.

Aside from that, there is a golf course and three museums just a few miles away in nearby Polson. 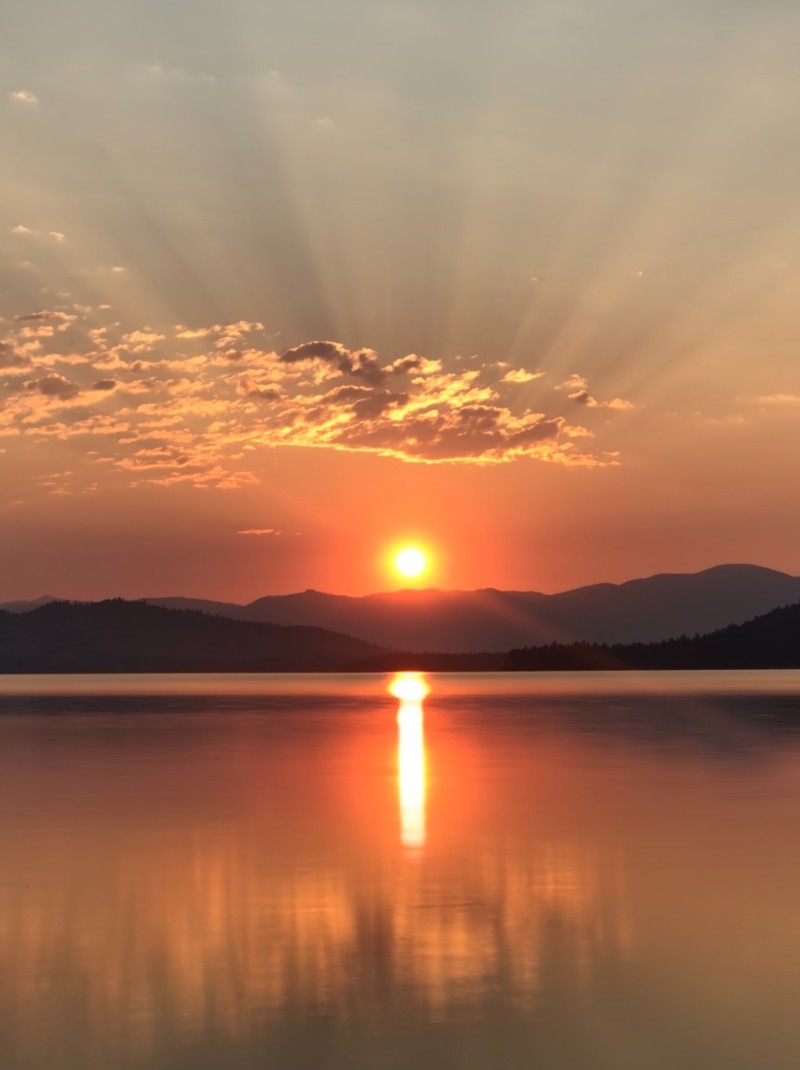 The campground has 41 campsites including group campsites and yurts. Many of the 40 campsites are situated along the shoreline. The park also has 3 yurts, showers and flush toilets, and RVs are accommodated. There are also seven tent-only campsites available.

Reservations are permitted for these sites between one day and 6 months in advance, and campers are permitted a maximum of 14 days during a 30-day period.

Bear in mind that the sites are often completely full during peak times, with many people taking advantage of the 6-month advance booking system. Many of the sites are actually within close proximity to the water, and they are the ones likely to be booked first.

Each site varies in size but some can accommodate up to eight people. The sites are all equipped with a fire ring and grill, picnic tables, and bear-proof food storage lockers—yes this is bear country!

In the summer months, from May to September, a water house with showers is available. Campsite fees range from $4-$34 per night, depending on the season and available amenities.

There are 3 available yurts with different fees according to size, but you can expect to pay somewhere between $50.00 and $70.00-plus.

If you enjoy swimming you won’t be disappointed with the long beach and designated swimming area. The waters outside of the swimming zone are populated by all kinds of boating enthusiasts whether they are in kayaks, motorboats, or sailboats.

At the Big Arm Resort, there is also a Marina that runs daily trips here and there, including over to Wild Horse Island.

The lake is deep yet clear and renowned for its trophy-sized bull and rainbow trout, especially around the time of fall. Various methods are employed for fishing the lake depending on temperatures.

This is the difference between whether the bigger fish are submerged deep within the nether regions of the lake, or moving in towards the surface and getting closer to the shorelines around September time.

The water contains various resident species of fish that reside in Flathead Lake including pike, bass, kokanee, salmon, yellow perch, and whitefish. The bull and rainbow trout seem to be the ones most people are after and apparently they don’t come in small—twenty pounds-plus in some cases.

Bear in mind that to fish in this area of Flathead Lake you will need both a Montana license and a tribal license.

From the nearby town of Polson, the Lower Flathead River water flows out of the lake and eventually finds its way into the Clark Fork River of the Columbia. So the Flathead River is often where you’ll find many explorers with fly fishing rods.

You won’t find it difficult to see where all the good spots are from the casting back and forth. Plenty of fishermen do wade in the river to decrease the distance between them and the fish—but it is cold!

Big Arm state park campground is probably one of the main places to launch a boat for Wild Horse Island from. In the southern tip of Flathead Lake, you’ll have to get to the island by boat. If you like wildlife though you’ll soon see how the boat ride pays off.

Around the scenic beaches and shoreline around the island or even prairies and grasslands with diminishing and rare plant species, you might encounter anything from a songbird to a chipmunk to a bighorn sheep—which apparently populate this region in large numbers.

There is also a population of bald eagles, and of course, wild horses. As there are a few bears roaming around these parts as well no pets are allowed within the region.

The trail is more of a walk that should prove easy for just about anyone. The route covers almost 2 miles on a lightly trafficked loop trail and includes some impressive mountain range vistas of the surrounding landscape.

The loop is reported to be well-designated, and some parts of it are included within the campground perimeter. You should also see at least some wildlife along this way, not to mention views of the lake.