History has long been wrought with mysterious occurrences of all manner including the odd inexplicable disappearance.

Not only do various individuals seemingly step off the face of the earth, it also appears that entire towns have been known to simply vanish into thin air or so it would seem to leave no track or trace to speak of and never to be heard of again.

The state of Montana has quite a few ghost towns, not to mention the odd legend here and there. One of the lesser-known tales of the Treasure State is related to a somewhat bizarre “urban legend” of a town that may have allegedly ‘vanished overnight’. Hmmm.

If you’ve never heard of Langville before, this is a whispered topic of Montana folklore shrouded in mystery and myth.

Distant legend has it that Langville was actually a real town in a small rural spot possibly on the eastern plains. Apparently, it vanished entirely, rather mysteriously, sometime in the early 2000s.

The town even showed up on Google Maps but no one could find it in person. Google Maps apparently has saved images from street views but no map of the town.

To confound matters even further there have been more than 7 million recorded searches for the town. No one seems able to know why or explain this as it doesn’t exist!

Yet the bizarre thing is that there is no existing evidence related to the images that would help track down the mysterious town.

Langville is now often simply listed as an urban legend, and this was bolstered significantly by the reference made to it in the latest Ghostbusters movie. 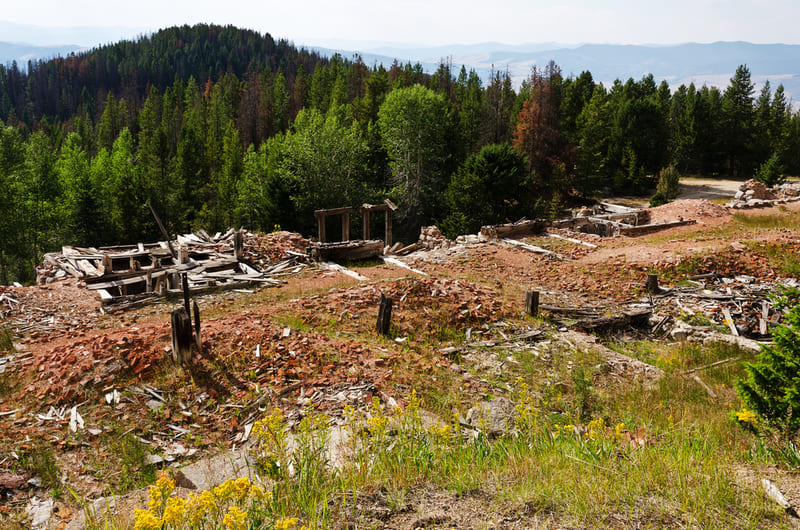 Was Langville a Real Place?

Everything related to the legend of Langville is shrouded in mystery and story-telling. Only rumors exist about the mysterious ghost town that disappeared without a trace.

However, many other ghost towns in the region have vanished by definition, but have still left some last remnant or remain from a time gone by. Langville is the odd one out as it didn’t seem to leave behind any physical evidence whatsoever if it did indeed exist.

Other ghost towns in Montana exhibit remains of their existence in an era gone by. You may see remnants of buildings that served as saloons, old barns, homes, and even main street businesses except for in the elusive Langville.

Did a Town in Montana Simply Disappear?

As no Google search will produce any photos of Langville, and there is no existing evidence of it in history books, it’s hard to believe that any town was ever there in the first place.

Thanks possibly to what could be termed the ‘Mandela Effect’, you will find locals in some areas of Montana who swear Langville used to exist.

There have been reports over the years of the town appearing in Google search autocomplete boxes for a time as well as recommended search options neither of which yielded any results.

One famous angle is that the residents supposedly disappeared in a somewhat ghastly way, with reports of many believers consistently saying that some mysterious force turned the people in the town “inside out.”

However, no one really seems to have any clue as to what that actually means. Allegedly, all evidence got wiped to hide what happened there.

So-called conspiracy theory types have apparently had a field day investigating and suspecting that the town had not only disappeared but that all data on it had been somehow expunged from the internet. 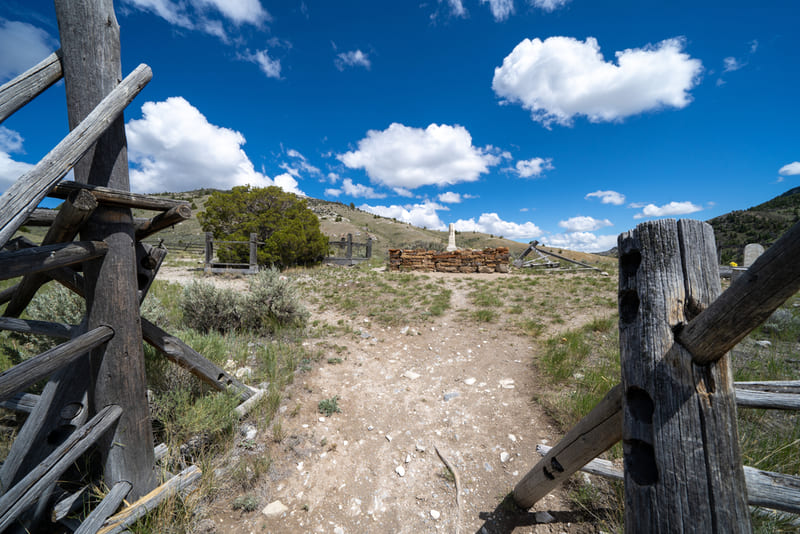 What’s the Deal with the Ghostbusters Reference?

One of the fueling factors that have once again helped bring the Langville legend to light is the mention of it in the recent Ghostbusters sequel.

While it is highly likely that this whole thing is related to some form of clever marketing angle on the movie a kind of publicity campaign some locals have claimed that the rumors of a vanished Montana town are longstanding and go back way before the movie.

Apparently several of the film’s reviewers hailing from Montana referred to the town as a real place. But that could also just be yet more hearsay.

At one point in the movie when the Ghostbusters Team is in the mayor’s office, one of them indicates why it’s best to keep their operations under wraps.

Boom and there you have it! And yet any closer investigation or prodding seems to bring about only more whispers and shadows.

Of course, there are many people, both local and otherwise, who attest that the whole Langville legend is a carefully crafted hoax whether for publicity or tourism purposes. But make of it what you will, this ‘missing Montana town’ does like to crop up from time to time.

Langville may simply go down as one of the ‘vanished town’ urban legend phenomena.

If people from Montana do recall any details of the town that disappeared sometime during the beginning of the Millenium, it is usually somewhat vague.

Langville has been dubbed “the town the internet wants you to forget” for some reason. This is largely due to the fact that at some point in the two decades’ worth of searches for the town they began yielding nothing and that’s when the mystery began.

If you want to, you can believe the urban legend that Langville was once a genuine town in the countryside that inexplicably disappeared in the early 2000s. Possibly towns like this really did exist and are part of the Mandela Effect quantum occurrence, according to some theories.

The town of Langville in Montana however, seems to exist somewhere between the real world and the digital realm, as shown by a glitch in Google Earth’s depiction of a home.

Yet with no current scientific or physical evidence to support the fact of its existence and no other trace aside from whispers and legends, it would seem highly likely that Langville never really existed at all. Or did it?