Revered for its frontier architecture, Elkhorn Ghost Town is an abandoned site that sits hidden in the Elkhorn Mountains, southeast of Helena.

True to its name, Elkhorn has been lifeless for over 50 years. The 2010 US census report placed the total number of residents in this town as 10.

A visit to this place is a bona fide step to the gold and silver rush era. In the late 1800s, Treasure State was blessed with abundant minerals, including silver. It wasn’t long before towns sprung up, with men looking to strike it rich.

The story of Elkhorn dates back to the second wave of the silver rush. In 1872, Peter Wys, a swiss immigrant, discovered lodes of silver in the Elkhorn Mountains.

Come 1878, a mine was already in place thanks to the Helena native, Anton Holter. From then, the area became a permanent stop for treasure hunters.

At its pinnacle, Elkhorn was home to approximately 2500 inhabitants, the majority being families and European immigrants. During this period, stores, brothels, saloons, a church, a school, a railroad, and a Fraternity Hall sprung up. It’s estimated that over $14 million worth of silver was mined at Elkhorn

Elkhorn’s death knell came when silver was devalued at the turn of the century. A diphtheria epidemic was also spreading, forcing many families to relocate. The mine was permanently shut in 1937.

By the 1970s, Elkhorn had become a ghost town with only a handful of residents. Today, this remnant mining town is home to a state park and a few private residences.

In this article, we will take a closer look at Elkhorn Ghost Town Montana and the surrounding area.

Your Guide to Elkhorn Ghost Town 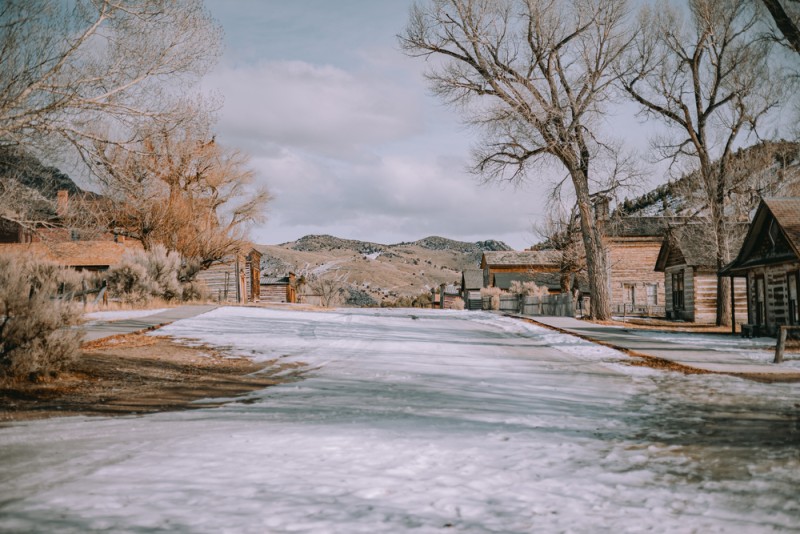 The breakfast was amazing. Everything tasted great and all items were fresh...

This is a great place to stay. We really enjoyed it...

During its heyday, Elkhorn boasted about 75 structures. Of course, most of these structures collapsed and are only represented by signs.

Most of Elkhorn’s surviving cabins lie in a state of ruin. However, two gathering sites are well-preserved and open for exploration. 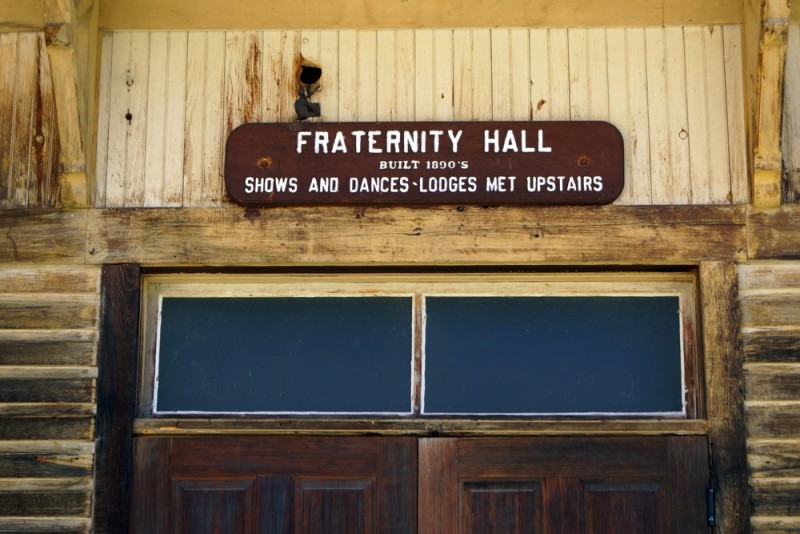 The history of Elkhorn town is best told by one of the surviving, original buildings, the Fraternity Hall.

Fraternity Hall has endured over 100 years of neglect and extreme temperatures but still stands tall. It’s among the most photographed ghost town buildings in the US.

Fraternity Hall was built in 1893 to act as Elkhorn’s architectural and social center. During its century-old existence, the building has seen it all.

The hall was at the heart of Elkhorn’s social activities during the silver boom. Graduations, dances, traveling theatrical groups, and prize fights all graced its floor. Upstairs rooms hosted organizations like the Masons, Knights of Pythias, and Oddfellows.

The spacious hall’s interior has not been without blemishes. Rumor has it that a square dancer once shot a waltzer dead when arguing over the kind of music to play.

Today, the Fraternity Hall is well restored and part of the Elkhorn State Park. It’s open year-round, and you can explore its second floor. It’s safe to walk around this hall.

Gillian Hall is another frontier architectural building that stands next to Fraternity Hall. The building was erected somewhere in the 1800s and served as a saloon, dance hall, and store.

The Montana Department of Fish, Wildlife, and Park restored Gillian Hallin in 1993. However, the outdoor staircase to the second floor was ruined long ago, making the first floor the only accessible area of this building.

Though not the main attraction, Elkhorn has a beautiful cemetery on an isolated hillside. The cemetery primarily holds the remains of kids who perished in the 1888 – 1889 diphtheria epidemic.

As a previous mining town, relics and mining paraphernalia dot Elkhorn. A massive chunk of the relics lay in an area labeled “no trespassing.” 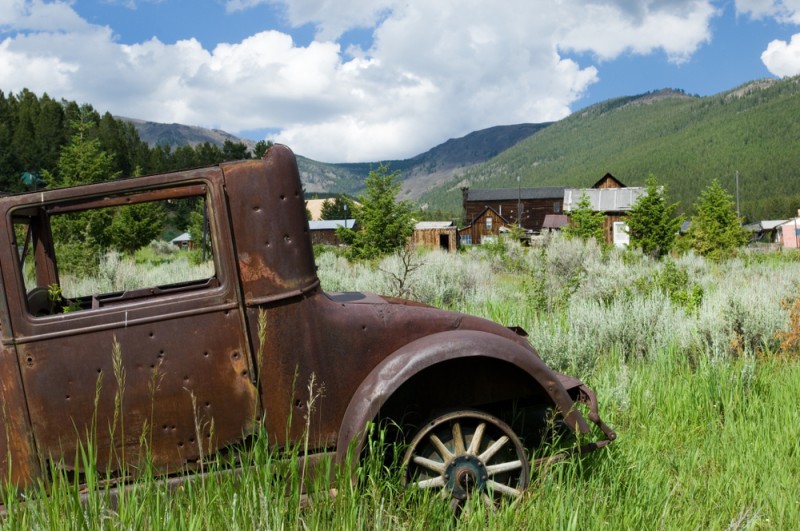 Elkhorn Ghost Town is an off-the-beaten path that may suit outdoor enthusiasts not afraid of exploration.

The town offers a gateway to the Elkhorn Mountains, meaning recreational activities are aplenty.

Elkhorn Ghost Town has various trails, making it an ideal destination for hikers.

A hike up Muskrat Creek Train No.74 will take you to Elkhorn cemetery. This hike is simple and would be ideal for families.

A more challenging activity is a scramble to the top of the Elkhorn Mountains. The mountain peaks are best explored during summer and rewards hikers with the most stunning views of Montana.

Two peaks await you at the top of the mountain, Crow Peak and Elkhorn Peak. Take the northside trail, and it will lead you to the summit of the 9400-foot Crow Peak.

Old age relics and cabins are dotted along this trail. While at the top, feast your eyes on the Tizer Lakes below and their stunning surroundings.

On the return trail, make a south side loop to Elkhorn Peak. While at the top, enjoy the incredible sceneries of the Townsend area and Boulder Valley.

Other enjoyable activities in Elkhorn include:

Accommodation is available in the following nearby facilities.

Most of these facilities are in the nearby town of Helena.