As a state known for its long interweaving rivers, cascading waterfall creeks, and large picturesque lakes, it is only natural that Montana boasts some of the best fishing sites in the world.

Swimming their way through the hundreds of aquatic habitats located throughout the state are over 90 species of fish, including 31 species of game fish and 59 species of non-game.

Whether fly-fishing the Yellowstone River or casting your line in the beautiful Lake McDonald in Glacier National Park, these are only 10 of the most common species of Fish in Montana that anglers can expect to catch.

10 Unique Species of Fish in Montana 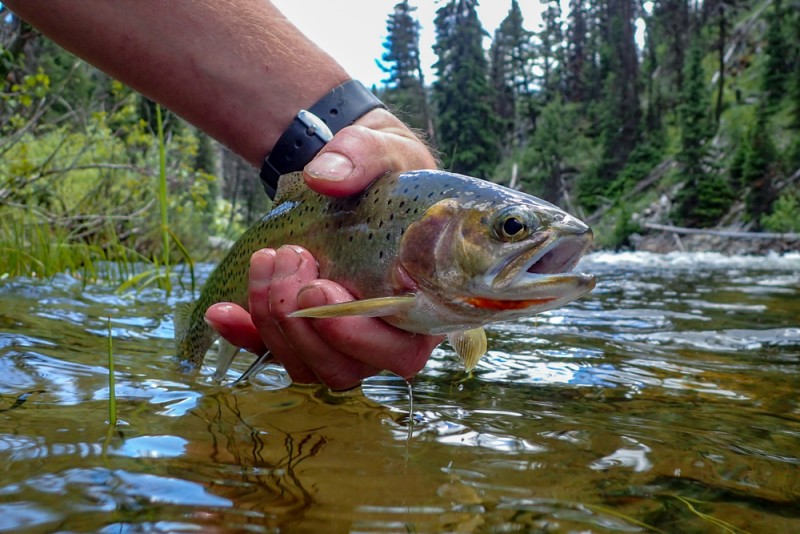 The official State Fish of Montana, no fishing trip to Montana would be complete without catching one of the state’s two Blackspotted Cutthroat Trout species.

First identified during the celebrated Lewis and Clark Expedition, both the Westslope Cutthroat Trout and Yellowstone Cutthroat Trout are easily identifiable by their eponymous red slashes located near their lower jaws.

Cutthroat Trout can range from 6 to 16 inches long and are most often a golden gray-green color with a distinctive black spot pattern that covers the length of the body.

For Montana’s Westslope Cutthroat Trout, anglers should cast their lines into the Kootenai Watershed, the Clark Fork Watershed, or the headwaters of the Missouri River.

It is important to note that both species of Cutthroat Trout are protected in the State of Montana and must be released when caught.

The only Montana fish native to the drum family, the Freshwater Drum is one of the most unique fish anglers in the state should expect to catch.

Deriving its name from the distinctive sound produced when the fish drums its muscles against its gall bladder, the Freshwater Drum typically weighs between 2 and 10 lbs. Still, individual specimens can reach well over 36 lbs.

The Freshwater Drum is silvery with a pearl-gray back and is easily distinguishable as the only fish in Montana whose lateral line extends onto the tail.

Typically inhabiting deep pools of large streams, lakes, and reservoirs, the most common place to fish for the Freshwater Bass in Montana is along the larger streams in Montana’s eastern drainages. 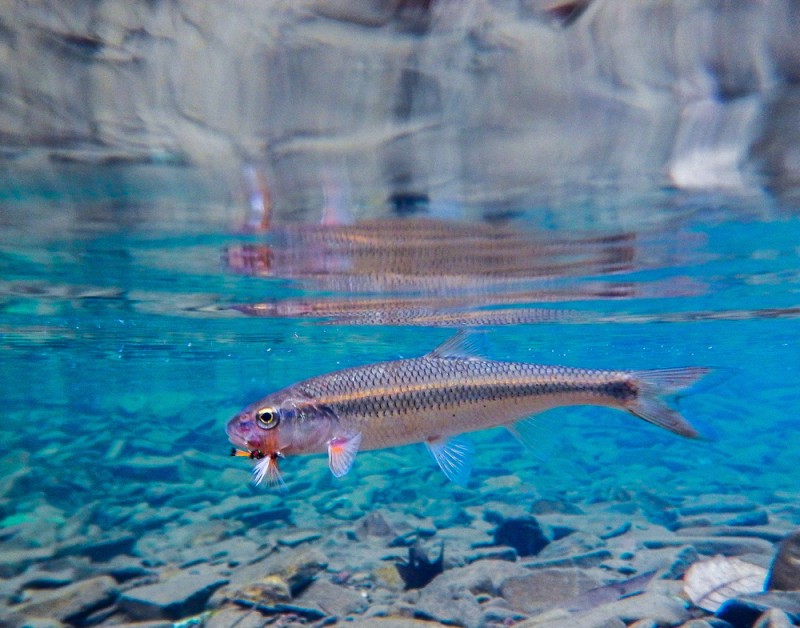 Native to the prairie streams in eastern Montana, the Creek Chub is a species of minnow that differs from others in that it digs a nest for its spawn, burying its fertilized eggs with nearby rocks.

While the Creek Chub can reach up to 12 inches in other areas of the United States, the specimens within the Montana Range typically only grow to be about 6 inches. The species is distinguishable by its silvery color, which often features a purple iridescent.

Young specimens all feature a prominent dark band that extends from the fish’s snout to the tail fin, which fades as the fish grows older.

In Montana, the most common spot for catching the Creek Chub is in the streams of the Northwestern Great Plains Region, particularly in the Yellowstone River and Little Missouri. 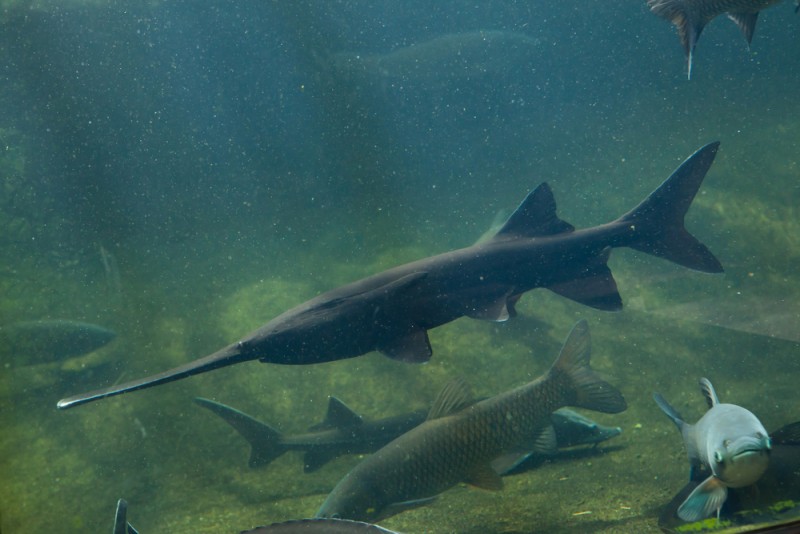 One of the largest fish species In Montana, the Paddlefish is a close relative to sturgeons and is an ancient species, with fossil evidence in the Missouri River Basin proving their habitation of the water for over 60 million years.

In fact, while most species of Paddlefish are now extinct, the populations in Montana are one of the last few remaining self-sustaining populations in the world.

Mostly cartilaginous, Paddlefish are instantly recognizable by their long paddle-like snouts, smooth, seemingly scaleless body, and tapered gill covers. Individuals of this species can live to be over 50 years old and reach massive sizes of up to 150 lbs, with the record being 142 ½ lbs in Montana.

There are three ranges in Montana where anglers are permitted to fish for Paddlefish — the Upper Missouri River, the Yellowstone River, and the Fort Peck Dredge Cut.

However, as an at-risk species, anglers must acquire a fishing license before casting their lines. 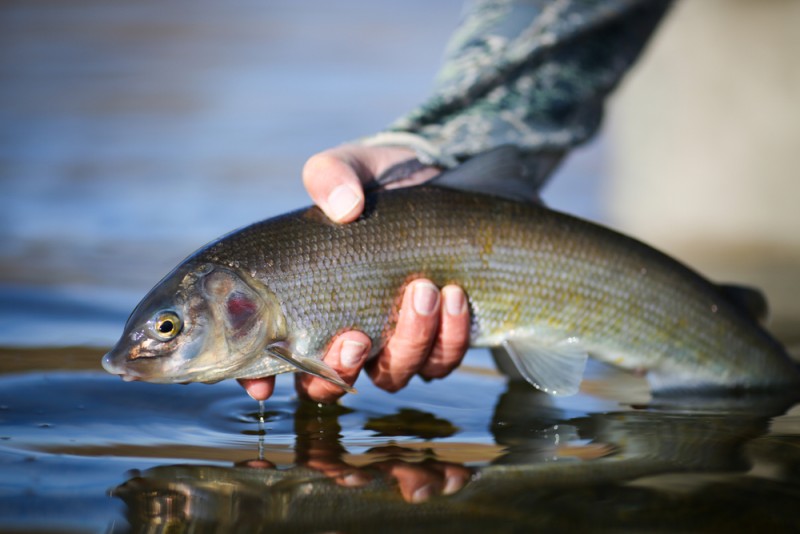 One of the most common fish species in Montana, the Mountain Whitefish is widespread throughout the state and is even considered a nuisance by many anglers in the region.

Visiting fishermen will not need to search very far for this species, as the Mountain Whitefish can typically be found in abundance in most cold, clear rivers in Montana’s eastern mountain front and western drainages. The species most often inhabited streams but are also known to live in reservoirs and lakes.

Weighing up to 5 lbs, the Mountain Whiteish can typically be identified by its cylindrical body of 10 to 16 inches with a pointed snout and round mouth. 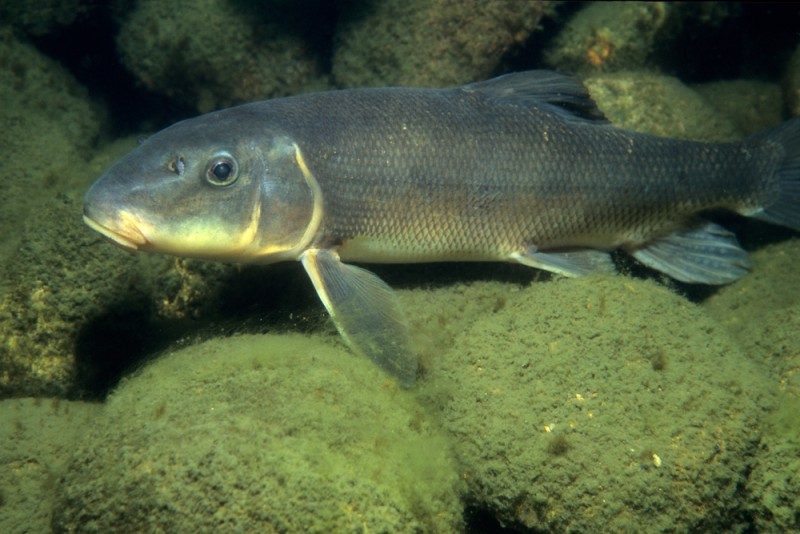 The Longnose Sucker is another widespread fish in Montana and is the most abundant suckerfish in the entire state. As such, it is on the top of the list for many incoming visitors on a fishing trip to the state.

Averaging at about 5 lbs amongst the larger specimens of the species, the Longnose Sucker primarily resides in clear, cold streams. Still, it is known to move into small tributaries in the spring for their spawning.

The easiest way to recognize the Longnose Sucker is by its dark olive coloration and the 9 to 12 rays in its dorsal fin. The species also features about 15 scales above the lateral line that can aid identification. 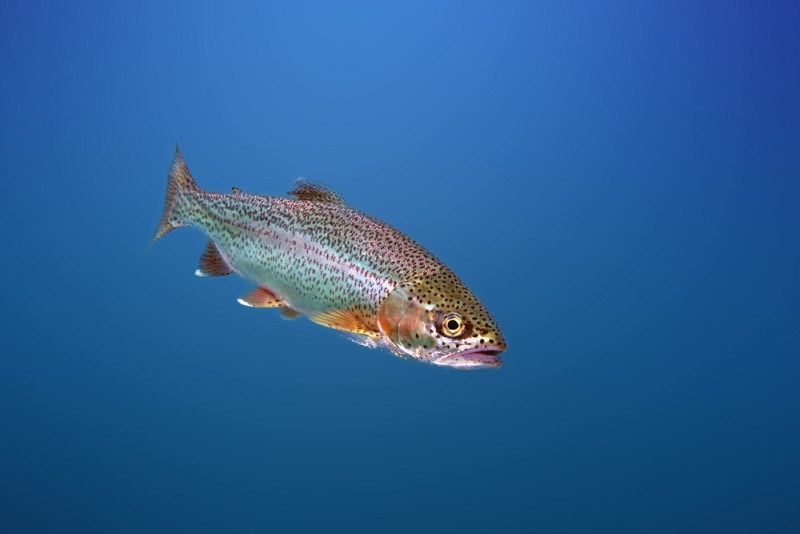 Also known as the Steelhead, the Rainbow Trout is the number one game fish in Montana and were introduced to nearly every suitable habitat in the state in 1889.

As such, not all populations are native to Montana, with many experts believing only the Rainbow Trout in the Kootenai River drainage to be native. 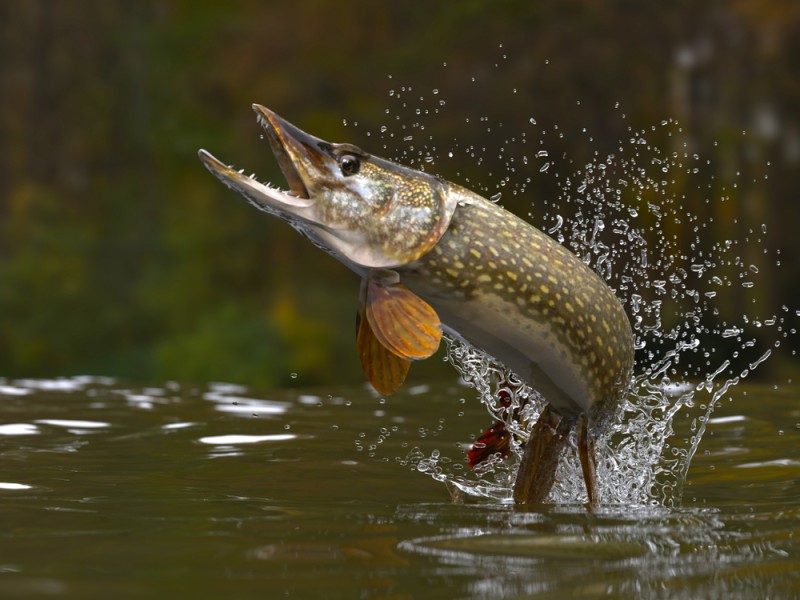 The only representative of the pike family in Montana, the Northern Pike, is native to the state only in the Saskatchewan River drainage east of Glacier National Park. However, the widespread introduction of the species has made it a popular and common game fish throughout Montana.

It is typically found in most slow-moving waters, such as lakes, reservoirs, and streams.

The Northern Pike can weigh up to nearly 40 lbs and is identifiable by its long slender body, broad, flattened snout, and dark olive-green color with longitudinal rows of yellow to whiteish spots. 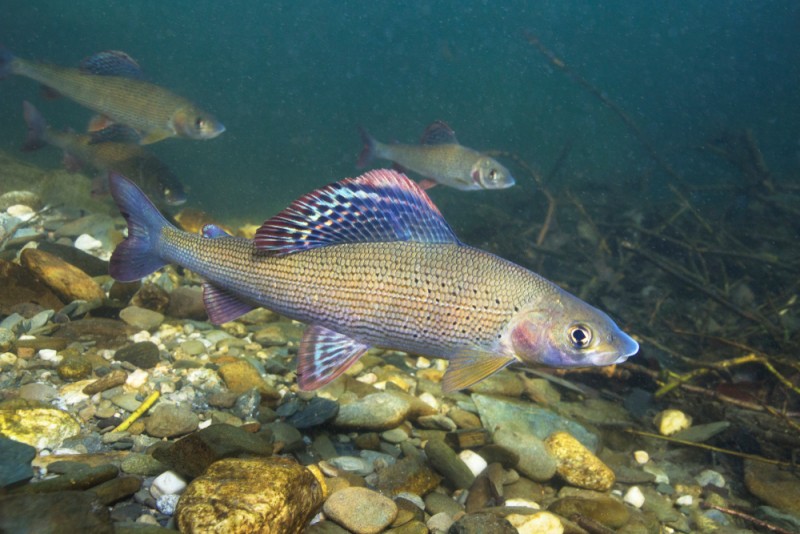 Montana is home to the last surviving populations of Arctic Grayling in the lower 48 states, and as such, has become a popular destination for catching this unique and exotic fish species.

In fact, the fluvial population in Montana’s upper Big Hole River are the last remaining specimens of the native fish left in the world.

While not visibly different than the fluvial population, the genetically distinct lake-dwelling Arctic Graylings are significantly more common than their fluvial relatives and can be found in more than 30 lakes across Western Montana.

Recognizable by their large, sail-like dorsal fins and colorful markings, the Arctic Grayling is considered very susceptible to angler’s lures, which may play a part in the species’ widespread endangerment.

The Arctic Graylings can be observed in various colors. Still, the dorsal fin is typically fringed in red and dotted with large red, aqua, or purple spots. 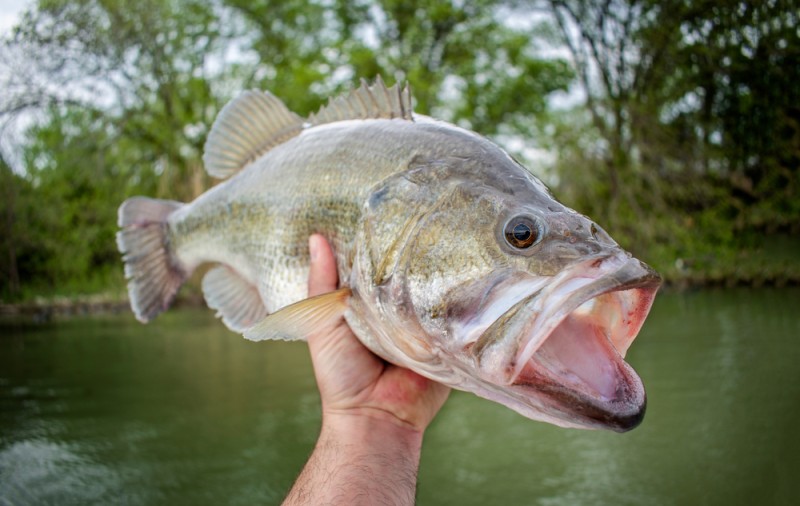 The largest and most widely acclaimed gamefish in the sunfish family, the Largemouth Bass is a warm-water fish and thrives in temperatures of up to 90 F.

Originally native to the southeastern United States, the Largemouth Bass is one of the most widely introduced species in North America and can now be found across the continent, including in many lakes and streams in Montana.

The Largemouth Bass is known for its long dorsal spine, which is at least twice the length of its shortest dorsal spine, and its bicolor tail, darker in the rear than at the front.

While the Largemouth Bass is known to reach weights of 22 lbs in other parts of the world, the record for the species in Montana is only 8 lbs.

The species is most frequently observed in clear mud-bottomed lakes and stream backwaters and will seldom ever venture into rivers or waters deeper than 20 feet.