Wheatland County is located on the southern border of the central region of Montana. The county has a population of less than 3,000, and the only incorporated towns are Harlowton and Judith Gap, with Harlowton being the county seat.

The largely agricultural region is accessible by the highways US 12 and US 191 and the local economy is supported by the production of wheat, oats, and barley, as well as cattle and sheep ranches. Wind energy has also become a feature in the county and includes a large wind farm located between Harlowton and Judith Gap, as well as other smaller ones dotted around.

Harlowton was the eastern terminus of electric rail operations for the Milwaukee Road from 1914 to 1974, a fact evidenced by the various museum pieces in the town related to it, and in a small central park in the town an E57B electric locomotive stands as a tribute to the region’s electric rail history.

The town was initially established as a station stop on the Montana Railroad in 1900, and named after the president of the railroad company.

Harlowton is located near the foothills of the Crazy Mountains and hence offers various outdoor recreational activities. This includes fishing, hiking, hunting birdwatching, and camping with a few primitive campgrounds managed by the Forestry Service. 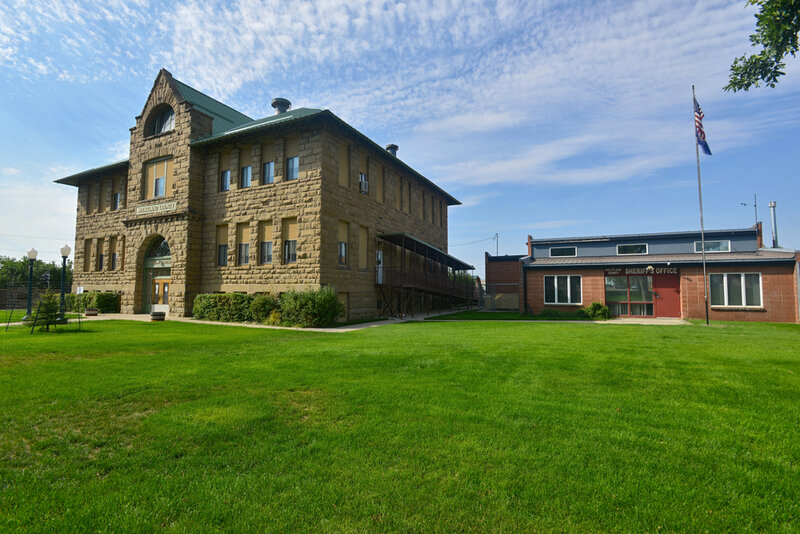 The Upper Musselshell Museum in Harlowton showcases the historical homesteading era of the area in 2 buildings, as well as having a prehistoric twist with a display of a dinosaur found nearby named “Ava”.

The two-storey, limestone building of the Upper Musselshell Museum on Main Street dates back to 1909 and is filled with various artifacts that belonged to the people who lived there and worked there back in the day.

The Marshall Building was built slightly before that in 1906 as the Marshall Hardware Store and is now home to the famous dinosaur. There is an old-time saloon in the building, as well as a reasonable antique gun collection, and the rather fitting sled hearse (with a passenger). Aside from that, there is a movie theater and a few other interesting artifacts from times gone by.

Just down the hill from the Upper Musselshell Museum is the restored Milwaukee Depot, where railroad history fans can check out various memorabilia and artefacts on display. The Smoking Boomer Rail Trail, a reclaimed walking trail, is also near the depot.

The Harlowton Milwaukee Depot Museum was originally built in 1908 when it was classified as a ‘Standard Class A Passenger Station’.

The depot eventually became abandoned sometime after the passenger service was discontinued in 1961, but it was eventually restored and opened to the public, initially as the Milwaukee and Railroad Museum.

The Jawbone Creek Golf Course is a 9-hole course on the outer reaches of Harlowton. Along with some pretty impressive scenery and views of the Castle Mountains, the course is also surrounded by a cemetery (!).

Jawbone Creek comprises two sets of tees for an 18-hole feel, and the landscape of the course is a combination of water, sand, and a few hills to make it a bit more challenging.

Two of the sand traps have log faces on them, and one is affectionately nicknamed ‘The Devil’s Dungeon’, which may have something to do with the cemetery at hand. You can also see three mountain ranges and even the Judith Gap Wind Farm from the course. So if you fancy a relaxed and affordable day of golf anywhere near Harlowton, this is the place to head for.

Chief Joseph Park is a camping spot located right in the town itself, and the site consists of an arena and a picnic area with gazebos, as well as a frisbee golf-style course within walking distance of the camping area.

This is an ideal stop-off point for anyone who fancies a spot of camping but doesn’t necessarily want to venture too far out of town.

Within half a mile of the site are various amenities, facilities, and attractions such as grocery stores and restaurants, gas stations, a municipal swimming pool, 7 churches, and a museum. Both tent sites and RV sites with electricity are available, and the site also contains a playground and a fishing pond, and the picnic areas even have grills.