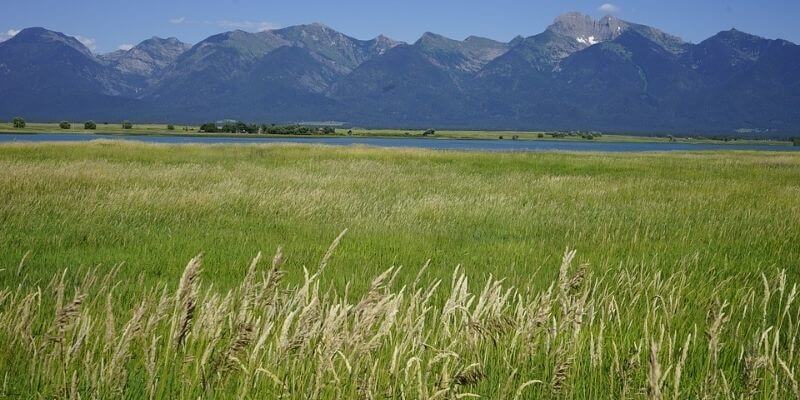 Sheridan County, with an area of 1,677 square miles and a population of 3,309, has more tiny towns than any other Montana county. It also has densely inhabited agricultural areas. Located in Northeastern Montana, it is bordered by Saskatchewan in the north, North Dakota in the east, Roosevelt County in the north, and Daniels County in the west.

Sheridan County was named in honor of General Philip Henry Sheridan, a distinguished American military officer from the Civil War era. It was once one of the state’s largest territorial bodies, encompassing all of Roosevelt County and a portion of Daniels County.

Three-quarters of the county’s territory is farmable land, and there is minimal irrigated land, with non-irrigated crops dominating the landscape. Agriculture and livestock are the only industries in the area. Flax, oats, wheat, barley, rye, corn, and hay are the main crops, along with some millet, buckwheat, potatoes, and other root and garden crops.

Sheridan County, a largely agricultural area, lacks the tourism attractions seen in other parts of the state in the absence of mountains. For the most part, the residents of the area are pleased to work in the fields, relying less on tourists for their income.

Lignite coal can be found in every area in Sheridan County, making it an easily accessible and cost-effective source of energy for the local population. Though a few fields have been claimed to be capable of producing oil, none of these have yet been tapped into.

Despite not having any commercial timber, cottonwood can be found along the county’s waterways. As a result of its widespread farming practices, Sheridan County is well-developed, yet there are still opportunities for other agriculture-dependent sectors to flourish.

The county seat, Plentywood, is situated on the Great Northern Railway and has a population of 1,825 residents. Besides Medicine Lake and Antelope, there are other smaller towns across the county that act as centers of commerce for the surrounding suburbs.

Both the Soo and Great Northern lines pass through Sheridan County. Great Northern Railway’s mainline departs from Bainville and heads north via Roosevelt County to Plentywood, where it turns west and ends in Scobey, Daniels County’s county seat. In Sheridan County, there is a branch of the Soo line that arrives from North Dakota and proceeds west to Whitetail.

Located on the severely glaciated undulating flatlands of northeastern Montana, between the Canadian border and the Missouri River, Medicine Lake National Wildlife Refuge is a haven for wildlife. It was constructed in 1935 to serve as a major nesting and stopover site for a wide range of migratory birds.

A total of 31,702 acres of land makes up the refuge, which is split up into two sections. Congress established the Medicine Lake Wilderness Area, which includes the 2,320-acre Sandhills Unit, in 1976 within the primary tract of the refuge.

The north portion has Medicine Lake, an 8,218-acre body of water, five smaller lakes, and several potholes, aggregating 28,438 acres. There are native grasslands, brush patches, and rolling hills in the Sandhills area. The 3,264-acre south portion is found near Homestead and includes 1,280 acres of marshes.

Migrating waterfowl flock to Medicine Lake National Wildlife Refuge in the summer to raise their young. It is home to a variety of birds, including great white pelicans, blue herons, grebes, and twelve species of ducks.

Brush Lake is a natural beauty, a recreation hotspot, and a tourist attraction all rolled into one, just a short drive from the booming Bakken oil fields in northwestern North Dakota.

Deep, beautiful Brush Lake has white sandy beaches and is flanked by grasslands and linear rows of spring wheat. There is only one state park in northeast Montana: Brush Lake State Park.

Brush Lake is a 65-foot-deep lake in a confined basin that serves as a research facility for the National Science Foundation. There are 45 feet of sediments containing pollen and mineral deposits dating back 10,000 years, which chronicle the tale of climate change since the Ice Age.

In Eastern Montana, the Aurora Borealis is not an unusual sight during solar events, particularly in the fall and winter months. Stargazing in Brush Lake is a “stellar” experience because of its northern latitude and secluded location.

Public swimming is permitted on the north part of Brush Lake’s 280-acre surface. The lake’s day-use area is situated on the lake’s northeastern shore. In addition to parking, a boat ramp, and a dock, there are picnic tables and fire rings, as well as a dedicated swimming area. Brush Lake is devoid of fish due to its high mineral composition.