Originally designated in 1964 as Ravalli National Wildlife Refuge, it was renamed after Montana senator and conservationist Lee Metcalf in 1978.

Lee Metcalf National Wildlife Refuge was designed to preserve a portion of the unique wilderness that once spanned the breadth and length of the valley between the Sapphire and Bitterroot Mountains.

Set in a natural floodplain, here you’ll find forests, grass prairie, and wetlands unlike anywhere else in Montana.

As you would expect from a habitat so diverse, the refuge attracts a variety of wildlife. 100 species of birds nest here, and over a hundred more either make it a stop on their annual migration or otherwise visit the refuge temporarily.

Small mammals are prevalent in the stands of trees near the river, while amphibians populate the marshes. It’s common to see a handful of large mammals as well, including the white-tail deer for which they allow bow hunting within the refuge’s borders.

These lands, especially the area just to the south – now the town of Stevensville – were originally populated by the Salish peoples, though they were all driven away by the late 1800s, either under duress or by force of white settlers.

Rather than continuing to maintain the careful balance of the local ecosystem, incoming settlers razed forests and converted native prairie into grazeland and agricultural plots.

They installed an ultimately destructive system of irrigation to maintain these new pursuits, though these efforts eventually drained vital water resources from disparate regions that required it, thus ruinously impacting those regions as well.

The impact of settler colonialism on the Bitterroot Valley can still be felt to this day, though the Lee Metcalf National Wildlife Refuge is a small step in the direction of reverting these lands to their original state.

There’s extensive infrastructure in place on the refuge for visitors. A bustling Visitor Center greets guests upon arrival, and several interpretive displays, manicured hiking trails, and observation areas are in place to offer tourists an immersive experience.

The U.S. Fish and Wildlife Service oversees both the visitor programs as well as the ongoing preservation efforts on the refuge. These include a myriad of intermeshing agendas that include research, outreach, and partnerships with private companies.

They also produce several educational events and materials geared to both school groups and the community at large.

You can find the Lee Metcalf National Wildlife Refuge is just off Interstate 93 about 25 miles south of Missoula. There is plenty of parking and other facilities like water and restrooms and even boasts an ADA accessible trail. 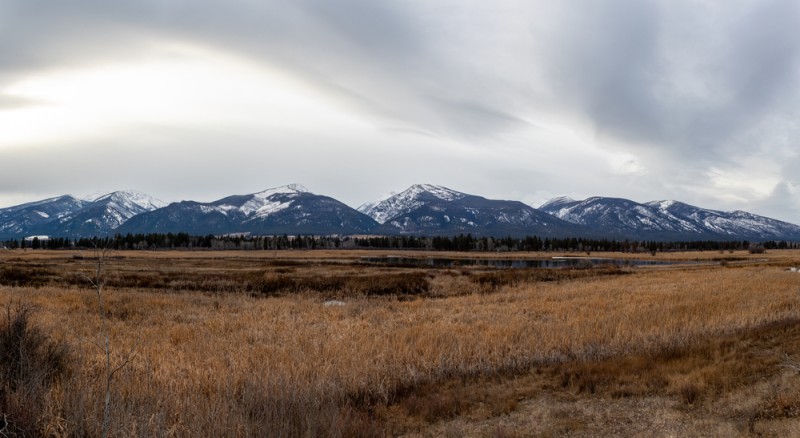 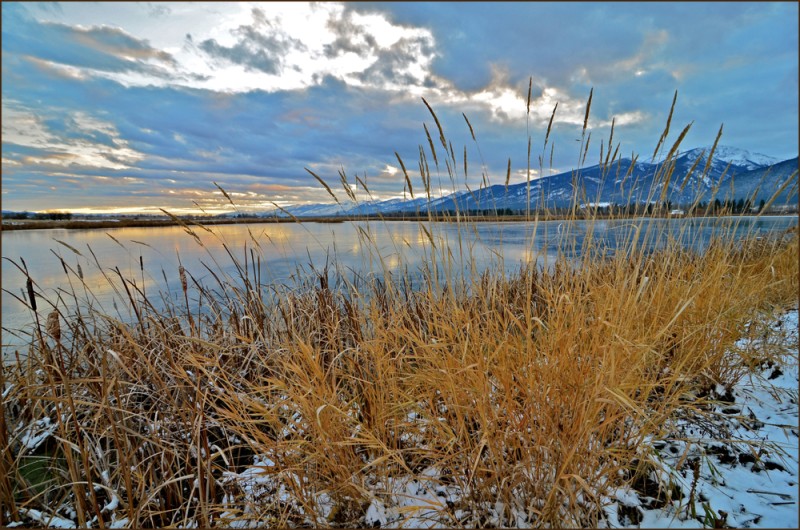 The refuge has a robust infrastructure in place for visitors, more so than most of the other wildlife refuges in the entire system.

Inside the refuge are many engrossing exhibits and activities for those looking to learn more about the region and enjoy the natural beauty of the Bitterroot Valley. In the nearby town of Stevensville, you’ll find plenty of places to get a meal, a hotel, or supplies for your visit to the refuge.

The Lee Metcalf National Wildlife Refuge Visitor Center has a wide variety of exhibits and materials to enhance your trip. They also maintain a small bookshop where you will find field guides, maps, and literature about the ecology and geology of the region.

They also carry an eclectic collection of souvenirs, many of which are sourced from other agencies engaged in conservation within the state of Montana.

It may be worth the effort to contact them in advance to inquire about their current schedule of educational programs.

The Fish and Wildlife Service hosts several talks, panels, and other learning-oriented events throughout the year, many of which are open to the general public.

In the far south of the refuge is an observation deck that was formerly used as a fire watchtower. These days, visitors are given the opportunity to get an incredible view of the park from the top.

A family-owned and operated diner, the Frontier Cafe is most famous for its breakfast buffet that kicks off every Sunday at 8:00 am. They’re open for classic American breakfast, lunch, and dinner every day except for Christmas and Thanksgiving.

Tin Can Bar and Draft Room

A quintessential gastropub, the Tin Can Bar serves up its own brand of “greasy gourmet” pub food paired with offerings from its full bar. They also have an impressive beer selection with over 50 different varieties, nearly half of those are draft.

This farm-to-table Amish market sells canned goods, freshly baked bread, and other fine foods selected and prepared with care. It’s a great place to stock up on snacks for your trip or find a few choice souvenirs to take home with you.

With 22 locations across the state, Florence Coffee Company is a Montana staple. Here you’ll find quality espresso drinks, whole bean coffee, and choice baked goods for a quick fuel up.

Now a lovely day-use state park near the refuge, Fort Owen was the site of many Montana firsts: it was the first permanent community of settlers in Montana, and contained the territory’s first Catholic church, grist mill, and school. It’s free for Montana residents or $8 for each vehicle otherwise.

One of Montana’s premier craft breweries, Wildwood Brewery produces a small but robust handful of year-round and seasonal beers. They supply bars around the state and beyond, as well as stock their own taproom and pizza kitchen. 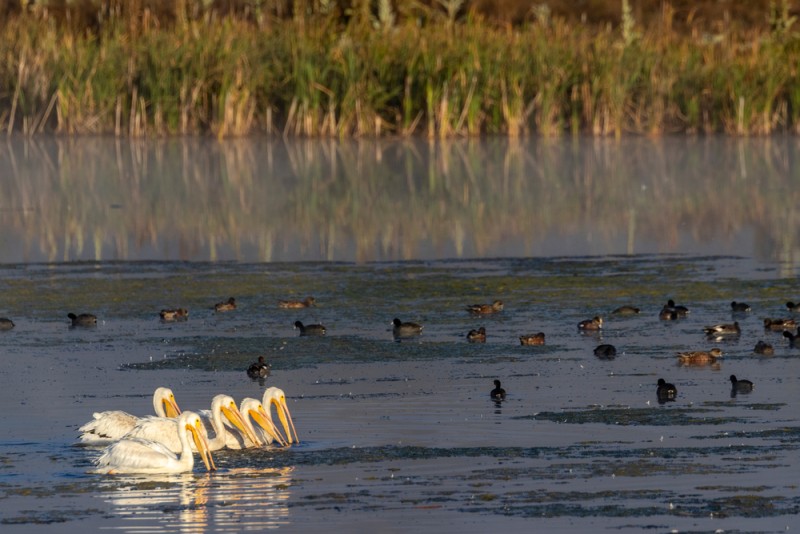 The Lee Metcalf Wildlife Refuge is bigger than many others of its kind in the state and certainly more diverse.

The unique landscape in the Bitterroot Valley begs special attention, and the rangers here, under the oversight of the Fish and Wildlife Service, have taken every step to ensure visitors have a fulfilling, enriching experience on the grounds.

There are several manicured trails throughout the refuge, one of which is ADA compliant.

Called the Kenai Nature Trail, it is a finished boardwalk with a railing designed to be accessible to all visitors. You can obtain thorough trail maps from the Visitor Center.

The rules and seasons remain the same as in the rest of the state, so folks are required to be licensed to participate. The refuge is open to hunters of waterfowl and white-tail deer, though the latter is for archers only.

It is located in a special regulatory district that makes this distinction between hunting deer with a rifle vs. a bow that refuge hunting allowances do not supersede.

There are designated hunting areas within the refuge that must be abided by, some of which are designed specifically for those with disabilities. There are specific parking areas for hunters to offer the easiest access.

Though fishing on the refuge is limited to catch-and-release only, it is allowed on both the Bitterroot River and Burnt Fork Creek in designated fishing areas.

Though there are no boat launches, non-motorized craft is permitted for fishing on the Bitterroot provided you stay in certain areas.

Anglers are asked to use artificial bait only and follow all rules prescribed by the Montana Fish, Wildlife, & Parks department as you would in the rest of the state.