One of the most unique animal refuges in the nation, the Bison Range was originally established by the United States Federal Government but was recently returned to the Confederated Salish and Kootenai Tribes (CSTK).

This region was home to buffalo far longer than the settlers who sought to eradicate them, so the return of the range to the original stewards of this land was a huge boon for the CSTK, the tourists who visit, and the buffalo that now live here.

As a protected site, the range was originally established in 1908 by President Teddy Roosevelt to reintroduce bison to a region where they were historically plentiful.

Originally called the National Bison Range, the refuge was managed by the U.S. Fish and Wildlife Service until 2021 when it was transferred back to the CSKT.

While the land is still federally owned, the government has relinquished nearly complete control of the refuge to the CSTK, and the Bureau of Indian Affairs holds these lands in trust for them indefinitely.

The need for a protected area just for Bison began in the 1800s when a government-sanctioned program of bison eradication was enacted to starve indigenous communities who relied on the herds as part of their diet.

The plan backfired: the dramatic decrease in the bison population – which is estimated to have been somewhere in the millions before the advent of white settlers – completely changed the ecosystem in North America, triggering a domino effect with dire outcomes that impacted regional animals, plants, and even water systems and topsoil.

In the 1870s, it was the CSTK who initiated efforts to repopulate the Flathead Valley with buffalo. They brought several members of a nearby herd to their reservation when it seemed that they, as a species, were close to extinction.

This eventually grew into a small and prosperous herd – called the Pablo-Allard herd – though these efforts were thwarted when settlers sought to take portions of these lands back for their own purposes, once again displacing the resident bison.

Ironically, after the National Bison Range was established in the early 1900s, many of the animals brought back to these lands were historically members of the Pablo-Allard herd and were merely repatriated.

Because these animals were sold by settlers and the government from the reservation, they actually had to be purchased back at the expense of taxpayers.

Returning the Bison Range to the CSKT was the end result of over 20 years of efforts by local tribespeople and organizers. Though their particular land agreement is unique within the nation, the CSKT has extensive experience managing public lands and animal populations on a large scale in somewhat similar sites.

Today, the CSKT invites visitors to explore the Bison Range provided they adhere to their prescribed rules and regulations intended to protect the local ecosystem.

Visitors are asked to stick to prescribed trails and roads, give any animals plenty of distance, and refrain from depositing any garbage. Hunting as well as all firearms of any kind are also not permitted on the range. 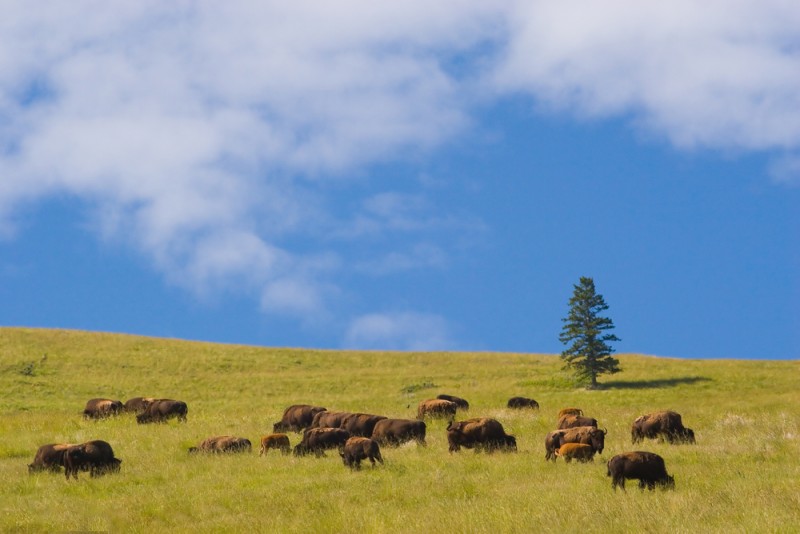 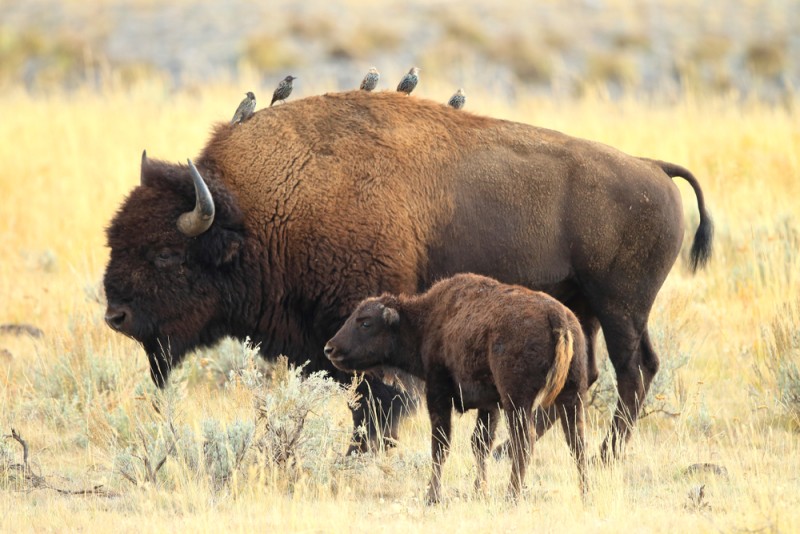 There are a handful of sites and attractions you’ll want to keep on your radar while you’re in and around the Bison Range.

This region of Montana has a complicated and storied history and has some of the oldest settler-established communities in the state.

After the Bison Range was transferred from the management of the U.S. Fish and Wildlife Service to the CSKT, the Visitor Center underwent an extensive remodel.

Today, this is where you’ll find both historical and current information about the range, directions and maps of the Auto Tour, and even a gift shop. This is also where you’ll pay your entrance fee.

Open annually between Memorial Day and October, the Wagon Wheel Gift Shop sells souvenirs and sundries to locals and tourists. Many of the finds here are locally made.

They can include specific activities in your itineraries such as trout fishing or elk hunting.

Tucked away between St. Ignatius and Charlo, Fort Connah was originally established by the prolific fur trappers, the Hudson’s Bay Company in 1846.

The remaining cabin that you can still visit today is thought to be the oldest standing building in Montana.

A historic Montanan bar, the Dixon is plastered with antique and vintage signs, stickers, bumper stickers, and other ephemera collected over the years.

It has maintained the oldest, continuously held liquor license in the state, and is the very bar immortalized in Richard Hugo’s famed poem, The Only Bar in Dixon. 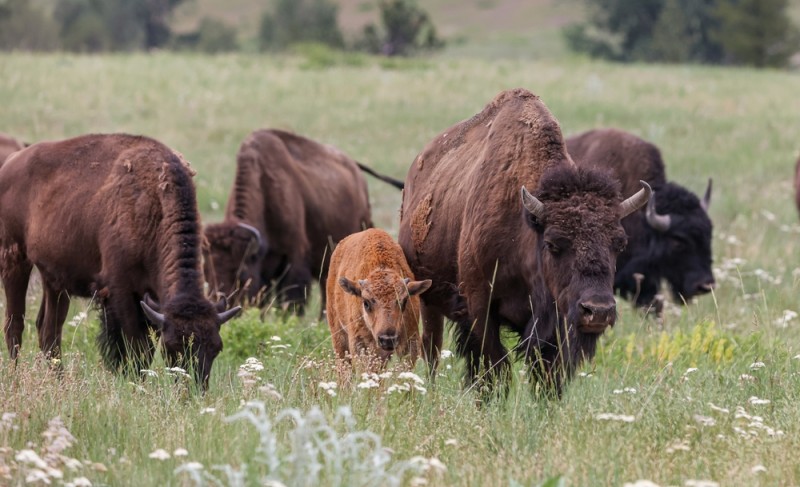 Visits to the Bison Range are available roughly from 9:00 am until 5:00 pm, with the last entrance at 4:00 pm. These times can change throughout the year to reflect the seasons and the weather.

The main road that snakes through the range, called Red Sleep Drive, is open to tourists to follow as an auto tour.

Motorists are asked to not stray from the road, park in any place that impedes traffic or get out of their vehicles in an undesignated area.

The staff at the Visitor Center will be able to guide you as to how to get the most out of your drive along Red Sleep Drive.

The Bison Range is large – too large to peruse solely on foot even if it were permitted – though there are a few designated hiking trails that visitors are invited to use.

Be sure to check at the Visitors Center so you know precisely where these trails are and where you can park to use them lest you inadvertently wander into a restricted zone.