The beautiful old building takes you to times past as you walk through the lobby and into the theaters, but the shows are new releases, first-run films you’ve been wanting to see since you caught the trailer.

Fun fact: the Empire appeared briefly in “Cowboys Vs. Dinosaurs” (2015) when the dinosaurs rampaged through downtown Livingston. 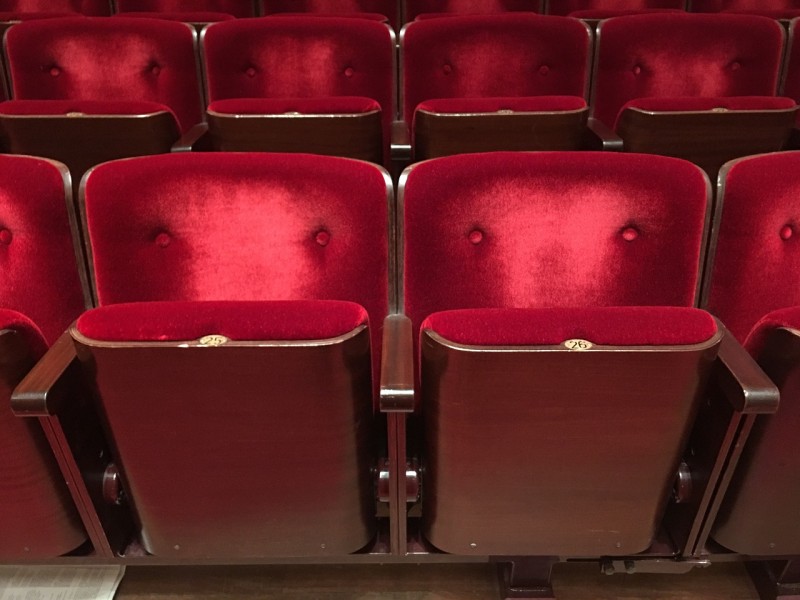 The Empire Twin Theatres originally opened its doors as a single-screen movie house as the New State Theater. The 685-seat theater then became known simply as the State Theater by 1950.

Since the cinema house has been divided into two screening auditoriums and changed its name to Empire Twin Theatres.

The beautiful old theater has a classic Streamline Modern façade and marquee with a vertical triangular marquee, which was added in the 1960s or 70s, adding “Empire” to the signage.

The movie theater runs two first-run films each day, with multiple showtimes. Check their information below to find what shows are currently playing or coming up while you’re visiting Livingston.

The Empire Twin Theatres has been running films since its opening in 1935. On their website, they show which films are playing currently and which ones are coming up shortly.

Check the “shows and times” page for current films and the “coming soon” page for those upcoming shortly.