This 5,845-acre site, which serves as both a state park and a wildlife management area, was established on May 1, 2009. Marias River State Park encompasses a 13-mile section of unspoiled Marias River, as well as habitats for grassland, sagebrush, and short grass prairie in the uplands.

There are no technical whitewater sections on the Marias River. This is a simple float, even for those with little expertise. It allows for a simple two-date float.

In 2008, the Montana Fish, Wildlife, and Parks acquired the 5,485-acre Wildlife Management Area. Next to it is the 1,878-acre Marias River State Park.

The Lincoln Ranch used to be a part of the land that Charlie Lincoln controlled. When Lincoln passed away, he entrusted his property to the Catholic Diocese of Montana with the stipulation that if the diocese opted to sell the land, FWP should have first refusal rights.

Located in Cut Bank, Montana, the Marias River is formed where Cut Bank Creek and Two Medicine River meet. Twisting and turning for more than 60 miles through the rolling prairie, the Marias River eventually spills into 27-mile-long Lake Elwell, created by Tiber Dam.

Although the river runs through farmland, the cottonwood trees that border its banks make for a pleasant experience. 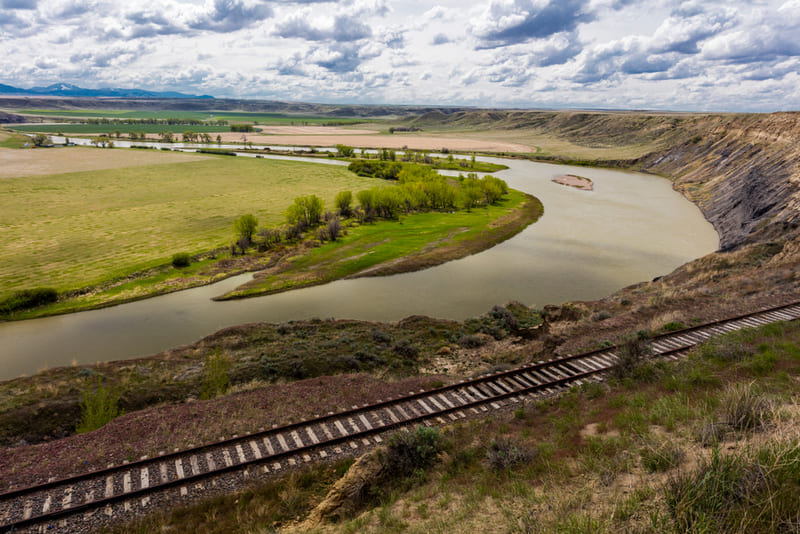 The Marias River flows through the Montana grassland below Tiber Dam, with sandstone cliffs and cottonwood trees indicating its path. Below Tiber Dam, the area is largely uninhabited. It is difficult to get to the river because of the long distances between the several access spots

Since its completion in 1967, this 18-hole Marias Valley Golf Course has been home to some of the greatest Bent Gratz greens in Florida. The 6,690-yard course features tree-lined fairways, sand traps, water hazards, grass bunkers, and a 600-yard hole.

A variety of wildlife can be seen wandering the course in the early morning and late evening hours because it is located in the Marias River valley. The course also benefits from some protection from the prairie winds because it is situated beneath the river breaks.

In addition to a PGA-certified golf professional and an air-conditioned clubhouse with food and drinks, the Marias Valley Golf Course also provides club and golf cart rentals for its guests.

The pro store – one of the most well-stocked in the state – has a comprehensive selection of golf clubs, apparel, bags, balls, and other equipment.

Overlooking the Marias River, the Lewis and Clark Overlook features a gazebo and explanatory signs commemorating Captain Lewis’ journey up the river. The location provides a holistic view of the Bears Paw Mountains, Sweetgrass Hills, Highwood Mountains, Square Butte, sections of the Belt Mountains, Rocky Mountain Front, and the Marias River below.

Captain Meriwether Lewis, Joseph Fields, and Reuben Fields all traveled the same route from early in the morning until midday on July 20, 1806, when they visited this place. While riding along the Marias River, George Drouillard examined the freshly purchased land’s fauna, plants, and potential resources.

While trout fishing is scarce in the Marias River’s higher reaches, walleyes, bass, huge catfish, and a plethora of whitefish can be found in the area. The Marias River beneath Tiber Dam has relatively little fishing pressure, but what little there is, happens directly below the dam. 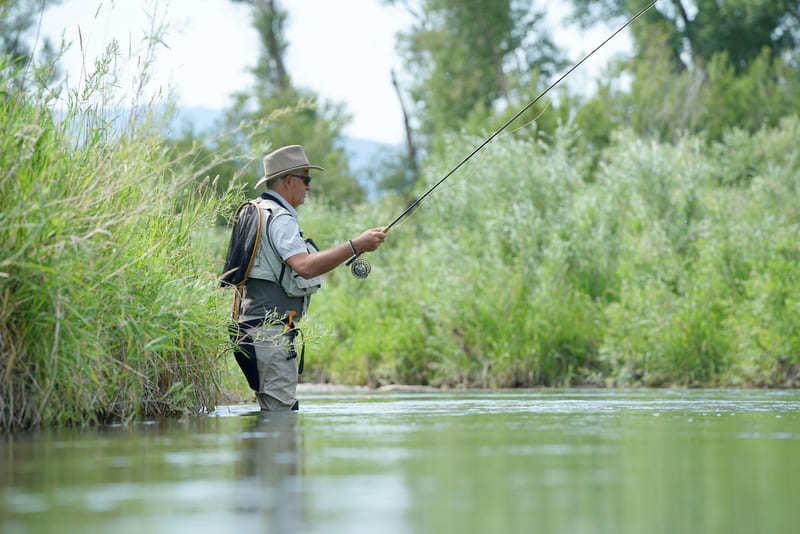 The river is also fairly wide and deep, restricting the ability of a wade angler to access the river’s profitable fishing locations, which is a significant concern. In contrast to other Montana rivers, the Marias River’s trout tend to be spread apart.

If you’re going to fish at the Marias River State Park, concentrate your efforts on the deep pools and other high-value areas and avoid the remainder of the river.

Water temperatures and irrigation negatively impact trout fishing around 12 miles or more below Tiber Dam. Large brown trout still exist, but the Marias River is now a warm-water fishery, home to shovelnose sturgeon and other warm-water species including walleye and largemouth bass.

Given how much fun smallmouth bass are to catch while fly fishing, this part of the river should not be overlooked.

Along with deer that roam the Marias River State Park and WMA, there are also several grizzly bears and rattlesnakes to be found. According to regular visitors, the number of mature bucks has decreased significantly because of a rise in rifle permits issued.

However, all is not lost. In addition, because the area shuts to hunting many weeks ahead of the rest of the state, there isn’t a full-blown rut hunting season like there is everywhere else in Montana.

Deer hunters who wish to hunt in the Marias River Wildlife Management Area must register for either an archery-specific or a general rifle season.

The archery season runs from September 2 till October 15, with three two-week sessions. A week-long break is taken between October 21 and November 12 for each of the three major seasons of the year. The Marias River State Park and WMA allow public hunting of all other species.

Wildlife flourishes in the bottom 57 miles of the river since there is no takeout and hence minimal human use of the river. As the most feared birds in the sky, bald eagles and golden eagles keep the hordes of quacking ducks and squawking geese on edge.

Smallmouth bass, shovelnose sturgeon, and nickel-bright goldeye are among the many species of fish that call these waterways home. Beaver and muskrat also frequent these waters. The menagerie is completed with porcupines and flocks of bright white pelicans.

Russian olive trees line the riverbank, and whitetails and mule deer stand guard; their coats rough and ragged from the winter’s shedding. You can see Black Angus grazing on steep slopes where mountain goats seem more at home. Deer traces are also visible in the soft clay bordering the river.

Camping opportunities in the Marias River State Park and WMA are limited. Only dispersed camping is possible, and campfires are not allowed in this region. Don’t be discouraged though, there are several campgrounds and RV parks in the area.

Boating, fishing, and camping are all permitted in Lake Frances Recreation Area. More than half of the campsites have power, picnic tables, and fire pits, but there are still a large number of undeveloped sites.

Along with stunning scenery of the Rocky Mountain range, amazing sunsets, and an abundance of fascinating shorebird and waterbird species, there is also a rookery of the Great Blue Heron located on the neighboring island. The lake is filled with pike and walleye.

The access road to Williamson Park is 7 miles south of Shelby and provides access to a riverside campsite with plenty of shade. Each of the 25 accessible camping sites has a barbeque for self-contained units.

There is no sewage system in this area. Campers and day-trippers alike can take advantage of the nearby picnic tables to take in the scenery and surroundings.