Caving can be a rewarding, but challenging activity. While it appeals to those seeking adventure, it’s certainly not for everyone: caving can require navigating muddy, cold, or claustrophobic passages, but those who pursue it regularly will tell you that the downsides are well worth the rewards.

Because of Montana’s unique geography, it is a veritable treasure trove of caves. There are over 300 caves in the state, mostly limestone or sandstone, and were carved out by eons of being exposed to the elements. Many of these are open to the public to explore, but some have been closed to protect bat populations that live within them.

A Little About Caves & Caving

In general, there are two types of caves: lava tubes, and karst. While the former are created relatively quickly, sometimes the result of a single lava flow, the latter is formed by the slow erosion of softer type rock from its surroundings, usually by somewhat acidic water. The caves found in Montana are of the latter type and range vastly in difficulty to access.

Some caves have terrain that is suitable for beginners and can be accessed with minimal preparation. But if you decide to progress as a caver, it will come with considerable investments in gear and training. And even experienced cavers should note that many of Montana’s caves require a permit to visit.

You have certain responsibilities when caving: certainly, you must take great care not to injure yourself or those in your party, but you must also be mindful not to damage or destroy the interior of the cave. The ecosystems within caves can be very fragile, and even minor damage to surfaces, water, or wildlife inside of them can have lasting effects.

In particular, structures found inside caves called speleothems – like stalactites and stalagmites – can be extremely susceptible to damage. They are formed over hundreds of thousands of years by water filtering through the roof of the cave, and depositing trace minerals. In some cases, simply touching one is enough to destroy them completely, thus undoing millennia of nature’s methodical work.

Where Can You Go Caving In Montana?

If you’re ready to start caving yourself, here are a few of Montana’s best caves. There are options across the state for all skill levels, so it’s the perfect place to begin your caving journey. The caves here are listed so that they roughly increase in difficulty as you go along, so stick to the first few if you’ve never been caving before or have minimal experience. They include:

And when you’re ready to get serious about caving in Montana, be sure to contact the Northern Rocky Mountain Grotto and the National Speleological Society for more information about how to become a responsible, knowledgeable, and safe caver.

The 5 Best Caves In Montana 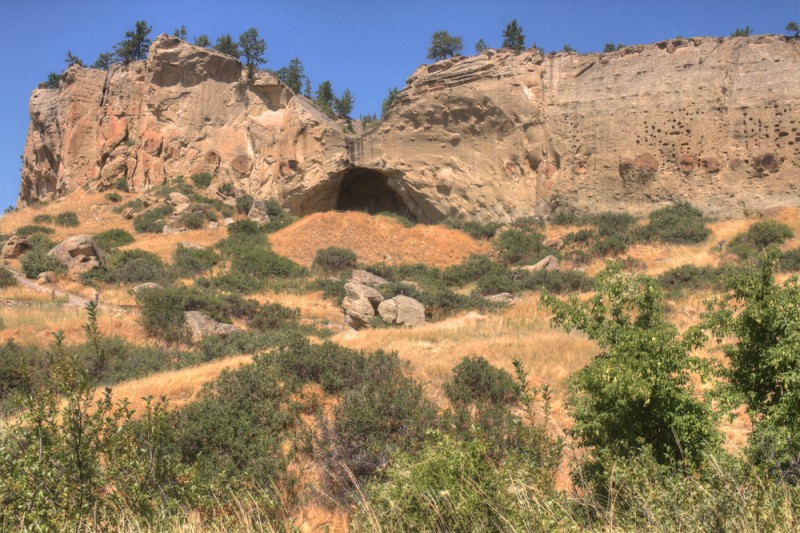 One of Montana’s most amazing state parks, it actually contains three separate caves: Pictograph, Middle, and Ghost Cave. The site of Montana’s first major archeological endeavor, they took three years to excavate which revealed 30,000 artifacts and the ancient pictographs that the park is named for.

These caves are fairly shallow and tall, making them a perfect place for beginners and children. They can be very easily accessed by a paved trail, along which you’ll find several interpretive displays that relate the history and geology of the site.

While you’ll need to bring drinking water and snacks, the site is set up to be visited in normal attire. There is a visitor center onsite filled with interactive exhibits, informational displays, and bathrooms. These are the only caves in Montana that are ADA compliant and are extremely accessible to folks of varying abilities. 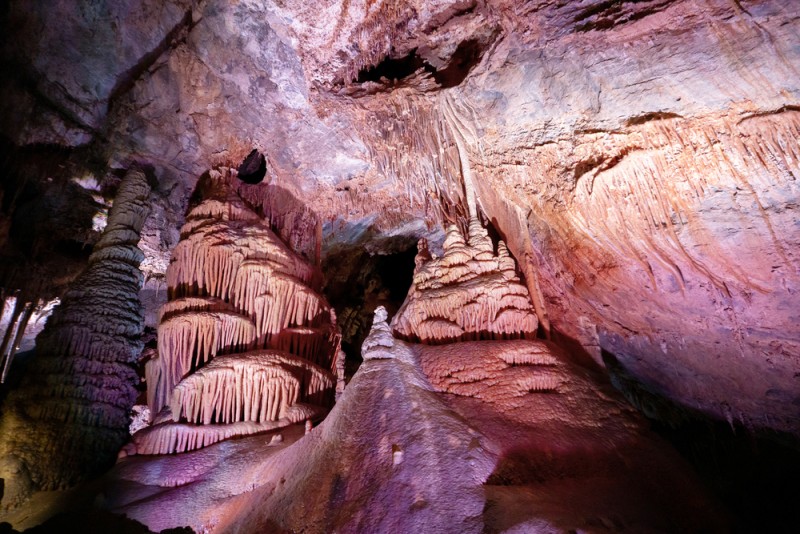 One of the largest known limestone caverns in the Northwest, Lewis & Clark Caverns can only be visited on a guided tour. While a visit to the caverns does not require any advanced technical knowledge, even the least challenging caves can be dangerous and your guide is there to ensure your safety. Tours are available only between May and October, and they only allow a certain amount of visitors a day. Best to come early – they open at 9 am – to ensure you’ll be able to get a ticket.

Inside the caves, you’ll find one of the most jaw-dropping sights in all of Montana. The limestone formations within are lit with different colored electric lights to make for an incredible, and maybe a bit eerie, tableau. There are two different tours you can take: the Classic Cave Tour is 2 miles and 2 hours long, while the shorter Paradise Tour is half that.

If you’d like to stay a couple of days, they also have a campsite with several different types of accommodation. You can reserve a tipi, a cabin, or a site for a tent online for a fee.

Located in the Pryor Mountains in the Beartooth Ranger District, the Big Ice Cave is the most visited in the area. Part of the reason so many visitors come is that it’s relatively easy to access: the mouth of the cave has been fitted with a staircase to the main chamber, where there is a wooden platform from which you can view the cavern.

Keep in mind that although the site is maintained by the local rangers, there isn’t much here by way of facilities so you’ll need to bring anything you might need, like drinking water, food, and a flashlight or headlamp at the very least. In addition, you’ll need to pack out any garbage that you create while onsite.

The ice that forms in the cavern stays there year-round and is the result of a simple but curious atmospheric phenomenon. In the winter, cold air is forced inside the mouth of the cave by convection, and because colder air is less dense than warmer air, it stays cold inside the cave year-round. Any water that travels inside becomes ice, and in addition to the blanket of ice on the floor of the cave, you’ll find icicles and other ice formations here as well.

Just barely inside of Montana near Bighorn Lake and the Wyoming State Line, Bighorn Cavern is Montana’s largest cave system. Inside are several different routes to explore, with 14 miles of passageways having been thoroughly mapped. This is not a cave to be visited by beginners it would be impossible without a guide.

Visiting Bighorn Cavern requires a permit, which you can get at the  Bighorn Canyon Visitor Center in Lovell, Wyoming. Your caving party must include at least one person who is familiar with the cave, ideally a guide, and can be no more than 6 people total. Only two groups are allowed to visit the cave on any given day.

In addition to the typical speleothems and limestone formations, you’ll find a plethora of crystalline structures inside. Epsomite, aragonite, and gypsum crystals are all known to decorate the cave.

5. Tears of the Turtle

Strictly for experienced cavers, the Tears of the Turtle cave is located on Turtlehead Mountain in the Bob Marshall Wilderness. It is the deepest limestone cave in the United States, though it was only found in 2006.

Initial explorations of the cave reached a depth of 400 feet, but in 2014, 9 cavers spent several days rappelling into the narrow cavern to reach the now known depth of 1629 feet. Though the cave isn’t as pleasantly decorated as many others in Montana, it is noteworthy for the sheer challenge of exploring it, as most of the passages inside are only 2-3 feet wide as it descends deep into the earth.

Though the hike to the cave’s entrance is long and somewhat arduous (the closest road is 22 miles away) it is not particularly technical and makes for an excellent day-hike even if you don’t have the know-how to enter it.