The Grizzly and Wolf Discovery Center is located as close as you can get to the West Entrance of Yellowstone National Park.

The center offers a somewhat unique opportunity for visitors to get much closer and more intimate than they would normally be able to with bears and wolves, observing and maybe getting some insights into the various habits of the animals.

All of the center’s inhabitants have been removed or rescued from the wilds as they are unable to survive there any longer for one or more of a variety of reasons, and the main purpose and distinction of the Grizzly & Wolf Discovery Center is educational with regards to the behavior of the animals including how to act if encountering one up close.

In this article, we will take a closer look at the Grizzly and Wolf Discovery Center and what you can expect on your visit.

Guide to The Grizzly and Wolf Discovery Center

The facility also hosts a variety of exhibits related to bears, wolves, and other animals, along with an assortment of fun and educational programs for all ages to get involved in. 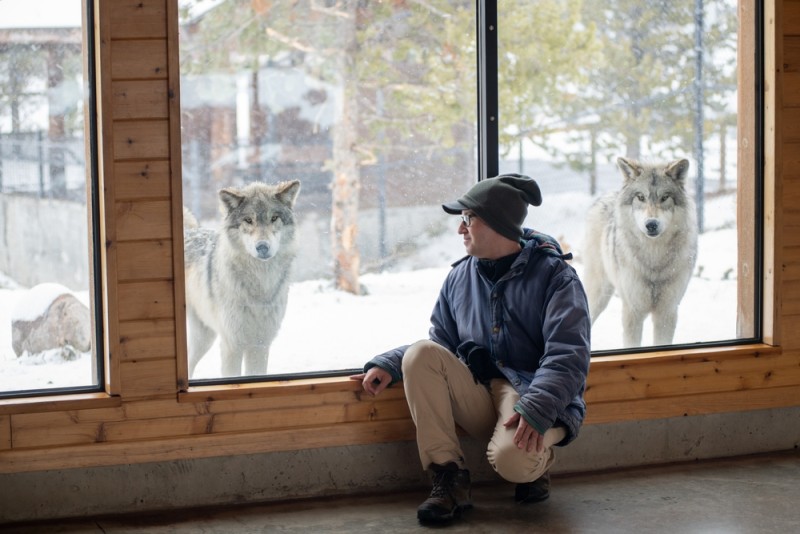 The Main Features of the Center

The center is home to bear exhibits such as the ‘Imagination and Reality’ exhibit. The center acquired the exhibit in order to incorporate it into the educational programs as an interactive museum exhibit.

This world-class exhibition originated with the Science Museum of Minnesota, which was charged with the analysis of comparisons between the bears represented in literature, myths, art, history, and folklore with that of bear scientists, experienced outdoorsmen, and researchers.

There is also a special theater where staff presentations and various other demonstrations take place, including talks from Yellowstone Park Rangers.

The center also features structured children’s programs and a variety of informational wildlife movies.  Visitors coming for the wolves have the awe-inspiring opportunity to experience close-up wolf pack dynamics in the Naturalist Cabin.

The cabin is set between two of the center’s wolf habitats, which allows the observation of various aspects of any interaction. This can all be seen from a comfortable cabin with a fireplace that features floor-to-ceiling windows. Wolf-themed interpretive displays also permeate the cabin and include a life-sized wolf model.

Other Activities and Features

Various other exhibits are featured within the discovery center. Some of these are seasonal and relate to such topics as the surrounding Yellowstone ecology, and also offer spotlights on various birds and animals like raptors and otters.

The History of the Grizzly & Wolf Discovery Center 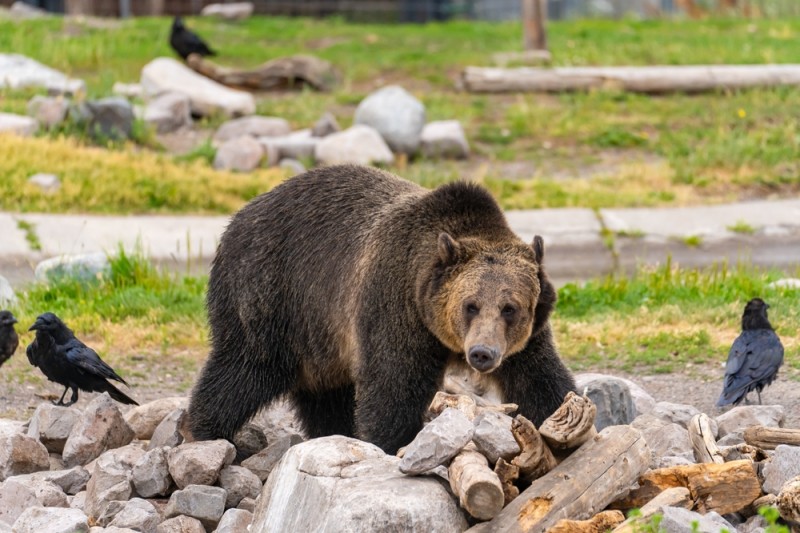 The Grizzly Wolf and Discovery Center first opened its doors back in the summer of 1993, thanks largely to the efforts of local developer Lewis S. Robinson. The idea behind the facility was to provide something of a sanctuary for bears that had to be removed from the wild, which often saved them from certain death.

Eyebrows were initially raised in the local community regarding the motives behind the planned facility, especially one with what amounted to captive animals, and so near to the vicinity of Yellowstone National Park.

This in part spurred the owner to set up a non-profit International Grizzly Fund to further assist bears still in the wild, with funds coming from a portion of the facility’s proceeds.

Despite any initial skepticism though, the center opened its doors to wide acclaim, before being sold two years later to an entertainment company from New York, which ran the facility for profit for a time.

Ten captive-born wolves were brought into the facility in 1996 which changed the dynamic considerably, but just 3 years down the line the company was looking at selling the center as it was or permanently closing it down.

Through the virtually never-ending efforts of a combination of employees and supporters from the local community, the center somehow managed to raise funds. Not only that but it eventually secured a 30-year financing package guaranteed by a United State Department of Agriculture Program for Rural Development.

The Center’s Hours of Operation and Fees 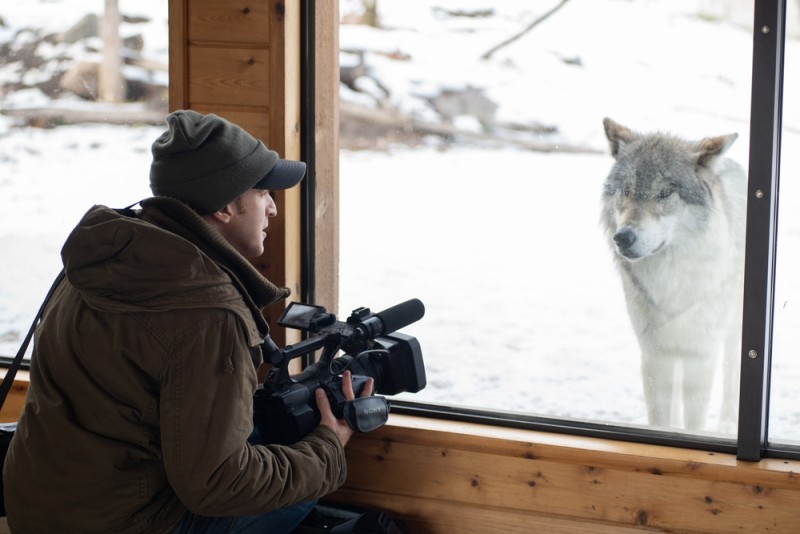 Inside and outside access and viewing are available year-round in the discovery center. These bears don’t actually hibernate so there’s no danger of missing them throughout the winter.

The center opens daily between 9 am and 5 pm—and that means daily throughout the whole year with no days off! Entrance passes are valid for two consecutive days in case you don’t get the full measure of the facility in one visit.

School Groups and Other Group concessions are available for parties of 15 or more. Full rates and various other concessions can be seen in more detail HERE.

Overall, visitor feedback about the Grizzly & Wolf Discovery Center is highly positive, especially with regard to the friendly and knowledgeable staff and what is largely a clean and informative experience.

The center is a great place to see bears and wolves up close and in action, whether for the first time or simply one of many. Kids also seem to love the place and school trips and other educational outings are commonplace at the center which never closes!

As the bear enclosure is well-designed and thus keeps the bears happy, it gives people the chance to discover how these rescued animals got a second chance.

The wolves are magnificent-looking, also with an enclosure that allows good visibility, and this is a facility that comes highly recommended for spending a couple of hours in the vicinity of Yellowstone National Park.