Surrounded by snow-capped mountains, Lake County offers wide-open spaces, lush countryside, and natural habitats for native wildlife. It is nestled between Flathead Lake in the north, Mission Valley to its south, the Mission Range in the east, and the Irvine Flats in the west.

It was on August 11, 1923, that Lake County became an official county in Montana state from parts of Flathead and Missoula Counties. Lake County has two cities, Polson and Ronan, along with a single town, St. Ignatius.

A huge chunk of Lake County is located inside the Flathead Indian Reservation. It houses the Kerr Dam, the Ninepipe and Pablo National Wildlife Refuges, and the National Bison Range. A large part of the county’s economy is based on agriculture, ranching, forestry, municipal governments, and tourism, as well as local and tribal administrations.

Lake County is home to a variety of horticultural businesses, notably the well-known cherry orchards that encircle Flathead Lake. There are orchards of peaches, plums, apples, and pears. Small and home-based enterprises contribute to the overall stability of the economy.

With 30,458 individuals, Lake County is Montana’s ninth most populous county. According to the 2019 U.S. Census Bureau estimates, the median household income for Lake County families was $48,829. Its county seat, Polson, had 5,148 residents as of the 2020 census, making it Montana’s 18th-largest city. 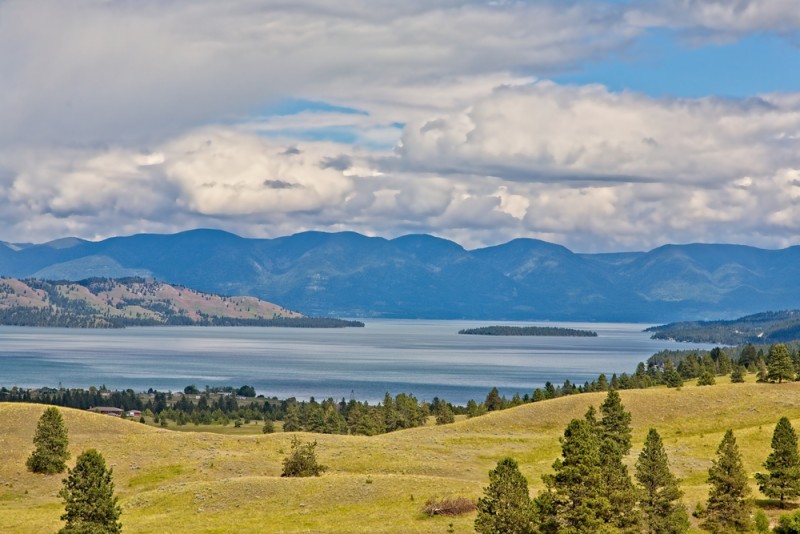 Besides being the largest freshwater lake in the West, Flathead Lake is among Western Montana’s most popular recreation areas. It is a 30-mile-long, roughly 15-mile-wide, 300-foot-deep recreation hub located in the glacially-sculpted Flathead and Mission valleys.

Flathead Lake is an ideal destination for families. Plan your visit around one of Western Montana’s yearly events, such as the Bigfork Whitewater Festival, the Fourth of July Fireworks, or the Flathead Cherry Festival. Pick your own from July to mid-August when Flathead cherries are in season. Orchards and fruit booths dot the lake’s eastern shore. 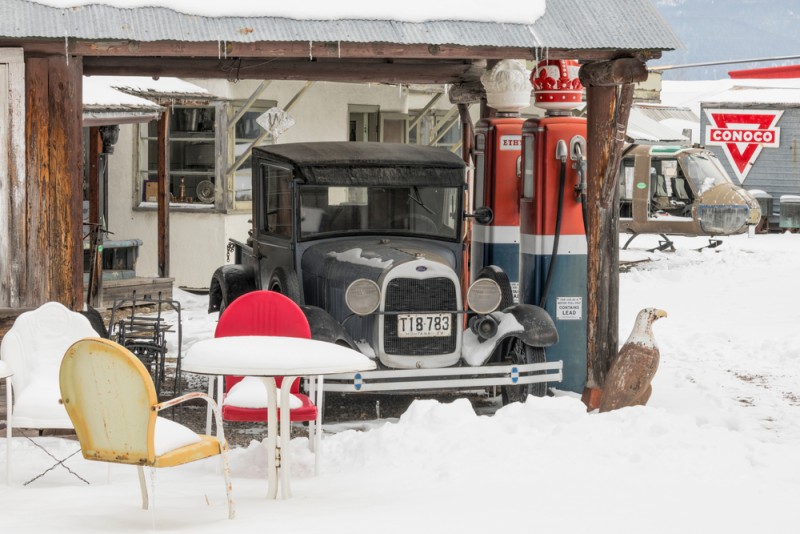 Often referred to as the “Smithsonian of the West,” the Miracle of America Museum is a worthy comparison. This museum has become the state’s largest and most diverse museum in just over 35 years. It is ranked the second-best reason to visit Polson, after Flathead Lake’s natural splendor.

More than seventy historic motorcycles, dating back to the 1912 Harley Davidson model, symbolize America’s freedom of mobility. Outside of the main building, there are over forty structures. A 1912 one-room schoolhouse, complete with a three-hole outhouse and teacher’s quarters, is only one example of the variety of themed displays found at the museum. The 4.5-acre complex is full of kid-friendly and interactive exhibits.

Flathead Lake’s largest island is just west of Minnesota. Wild Horse Island has become a landmark since the Salish-Kootenai Indians used it to pasture horses to prevent them from being kidnapped by other tribes. Walking, sailing, boating, and swimming are all popular activities on this picturesque island.

Wild horses, mule deer, and songbirds are just a few of the animals that you’ll find in the park’s wildlife sanctuary. Pets are not allowed on the island to preserve wildlife watching opportunities. Being in bear country, the island is frequently visited by these majestic creatures.