Montana is a land of stunning beauty and magnificent mountains. Its rich deposits of gold, silver, and copper led to its being called the Treasure State and the wide-open skies reaching to the horizons led novelist A.B. Guthrie to name it Big Sky Country.

I visited the northernmost part of the state during a week-long visit to Glacier National Park and the surrounding area and fell in love with the spectacular scenery. I wanted to learn more about what others have thought about the state and discovered some of the best quotes that have been written about it.

Here is a list of 20 Quotes About Montana that capture the spirit of the place. Some have been written by famous novelists, others by political figures or even comedians. But they all shed light on the grandeur of the landscapes, the outdoors-oriented way of life, and the unique people who call this land home. 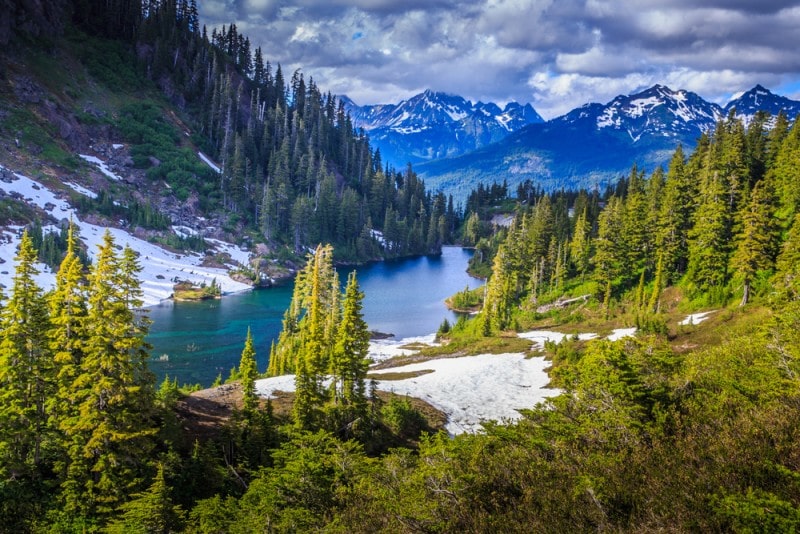 1. The Montana sunset lay between the mountains like a giant bruise from which darkened arteries spread across a poisoned sky.

2. It seems to me Montana is a great splash of grandeur. The scale is huge but not overpowering. The land is rich with grass and color, and the mountains are the kind I would create if mountains were ever put on my agenda.

3. I’m in love with Montana. For other states, I have admiration, respect, recognition, even some affection. But with Montana it is love.

4. Of all the memorable views, the best have been framed by Montana windows.

5. Montana should come with a surgeon general warning that it’s addictive. The sky is big and blue, and the air is always fresh and crisp and scented with pine. There’s a frontier spirit, but also a calmness, beauty in the landscape that slows your pulse.

6. The allure of Montana is like a commitment to a narcotic; you can never use it up or get enough of it. Its wilderness areas probably resemble the earth on the first day of creation.

7. My favorite state has not yet been invented. It will be called Montana, and it will be perfect.

8. The World War II battle cry ‘Powder River, let ‘er buck!’ originated in the Powder River country of southeastern Montana. The yell greets a bronc rider as he comes out of the chute.

The People and Way of Life

9. Before Alaska came along and ruined everything, one of every twenty-five square miles in America was Montanan. This much space has nurtured a healthy Cult of Place in which people find perfection, even divinity in the landscape.

10. Just as converts make the best Catholics, so newcomers make the most rabidly possessive Montanans. Everyone who moves to Montana wants to be the last one allowed in.

11. I would be happy living on a massive ranch in Montana and not seeing anyone except my friends and family.

12. My father had owned a ranch when he was younger, in Montana, and he remembered riding his horse across the prairie and seeing some large bones sticking out of the ground. He was enough of a geologist, being a sand and gravel man, to have a pretty good notion that they were dinosaur bones.

13. Summertime in Montana, I become a monosyllabic baboon. I want to ride with the cowboys, go to brandings, doctor cattle, and train my horses. But in a few months, the snow starts to fly. The days become shorter; the yellow color of interior light becomes delicious. I look at my shelves, and every book just glows, and I want to be inside of that.

14. I had the chance to visit all 56 counties in Montana in my pickup. You can put Washington, D.C., in one corner of our state and put Chicago in the other corner, and that’s the size of my congressional district.

15. There’s a view of Montana writing that seems stage-managed by the Chamber of Commerce – it’s all about writers like A. B. Guthrie and Ivan Doig. It used to bother me that nobody had a scene where somebody was delivering a pizza.

16. The winter’s a little bit daunting in Montana. 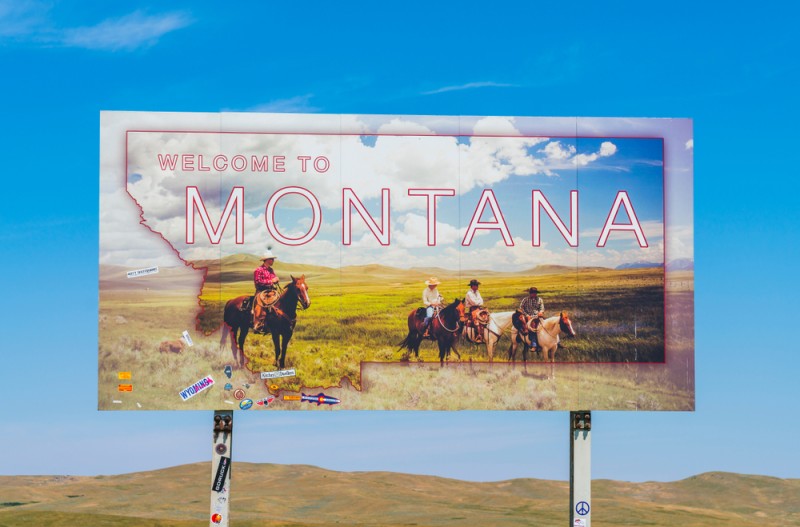 17. If you like bears in your city parks and full access to winter sports, welcome to Missoula.

18. In Montana, a policeman will pull you over because he is lonely.

19. When I was in Greenough, Montana, I came across a bear cub. I was off this path, and I thought, if there’s a bear cub, that means there’s a mother bear somewhere nearby. So I doubled back. If I’d kept going, I’m sure they would have eventually found my sneakers, and that’s about it.

20. Chicago is known as the Windy City, and Montana is called the Big Sky State, so I think that we should somehow combine the two to create the ultimate kite-flying experience.

These quotes reflect the impact that this land has had on many from all walks of life. John Steinbeck found inspiration when traveling across the country with his dog Charley and Abraham Lincoln praised the land that would soon become a new territory in 1864 and later our 41st state in 1889.

Famous paleontologist Jack Horner reminisced about his father finding dinosaur bones in the earth and weatherman Al Roker looks back with comic relief on a run-in with bears while hiking.

Montana grips the imaginations of many who have visited or settled down amidst its scenic beauty.