Located in the northwestern part of Montana, Kalispell is a charming community surrounded by mountains, lakes, and stunning views.

Located on the edge of Glacier National Park, the town has become a year-round tourist attraction for those looking to explore Big Sky Country. With so many events it may be hard to decide the best time to visit the picturesque community, to help you along on your adventure follow this guide to learn when to visit Kalispell, Montana!

When is the Best Time to Visit Kalispell?

Kalispell tends to have short, mild summers and long, freezing winters. Most activities and events happen during the warmer months when everyone is out and about.

When to Visit Kalispell – Travel Seasons 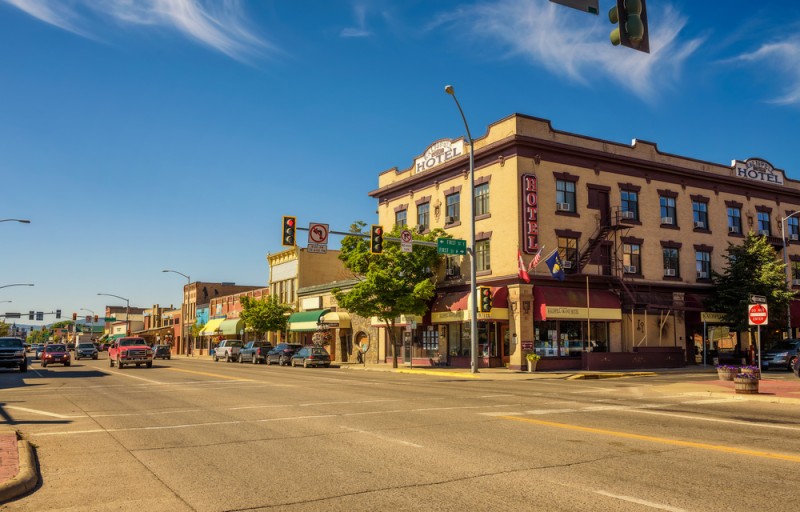 The busiest time to visit Kalispell is during the summer (June through August). Because winters in Montana are frigid and last around five months, people don’t tend to visit the area until the weather clears up.

Kalispell, like most of Montana, is a perfect destination for road trippers during the warmer months because the roads are clear, and there are many things to do.

During the summer months, Kalispell stays in the 70s and 80s, a perfect temperature.

Should season is often the sweet spot for tourism. There aren’t as many people crowding the parks and other attractions, but the weather is decent enough to enjoy your time.

In mid-April, the weather gets nicer, the snow goes away, the leaves sprout, and flowers bloom.

By early June, the air is warm, everything is green, and activities are popping up everywhere. As everyone heads back home, the crowds die down to start the new school year in late August.

By September, there is a chill in the air, and the leaves begin to turn. September and October are excellent times to catch the fall foliage, and the snow won’t set in until late October.

Kalispell deals with freezing temperatures, clouds, and snowfall for five months of the year. The ski season in Montana begins in late November and runs until early March.

This is a perfect time for skiers and snowboarders to book a trip to Kalispell and hit the slopes! Be careful of road conditions if you’re traveling by car, especially on mountain passes.

When to Visit Kalispell – Weather by Month

While January is peak ski season, for most travelers, it is a difficult time to travel to Kalispell. January in Kalispell is frigid with considerable cloud cover and a chance of snow.

The average high temperature is 33°F while the average low is 19°. The snowfall is over 7 inches on average for January.

February in Kalispell is still freezing with constant cloud cover and possible snow.

In March, you start to see a slight shift from winter to spring. The days get a little longer, and the climate goes from freezing overnight to very cold during the day.

The cloud cover is not as constant in March, although you still see around 3 inches of snow, and the rain starts to increase. The average daily high is 51°, and the low is 31°.

By mid-April, the chance of snow is almost zero percent, but there is still a 20% chance of rain and clouds.

Temperatures at night are very cold in April and turn slightly cold by afternoon. You can expect an uptick in the wind starting in April, although still relatively calm.

By the end of the month, trees and flowers should be blooming. The average high is 61° with a low of 37°.

Kalispell Weather in May

Vegetation will sprout to life in May with the rainfall, which begins the growing season in Montana.

You will experience constant cloud cover and a rapid rain increase (bring your umbrella). The average high temperature is 69°, and the low is 45°.

Although temperatures increase, it can still get very cold overnight and early morning.

The days are much longer by June, and the clouds and rain are rapidly decreasing. The city has come to life with milder weather and green everywhere.

The nights are still chilly, but the days are the perfect temperature. The average high is 77°, and the average low is 49°

Kalispell is in full swing of summer by July! The weather is warm with a low chance of rain and clouds during the day.

Nights during the summer still get cool, so bring a light sweater. The average high is 84°, and the low is 52°.

In early August, you can expect the hottest temperatures in the upper 80s. By mid-august, though, temperatures will start to decrease.

Cloud cover will increase slightly, but the chance of rain will remain relatively low. In August, the average high is 77°, and the average low is 46°.

By September, you can expect fall-like weather conditions. The temperature decreases and the cloud cover and rain begin to increase.

By late August, the tourists have left, and everyone is back in school. The average high is 64°, and the low is 38°.

The weather turns cold by October, with the chance of snow increasing later in the month. The days grow shorter, and the clouds cover the sky over 50% of the time.

Before you know it, it’s ski season again and back to freezing temperatures.

December is the coldest month in Kalispell, with a high of 29° and a low of 17°.

You will experience constant freezing temperatures every day with continuous cloud cover and around 7 inches of snow for the month. 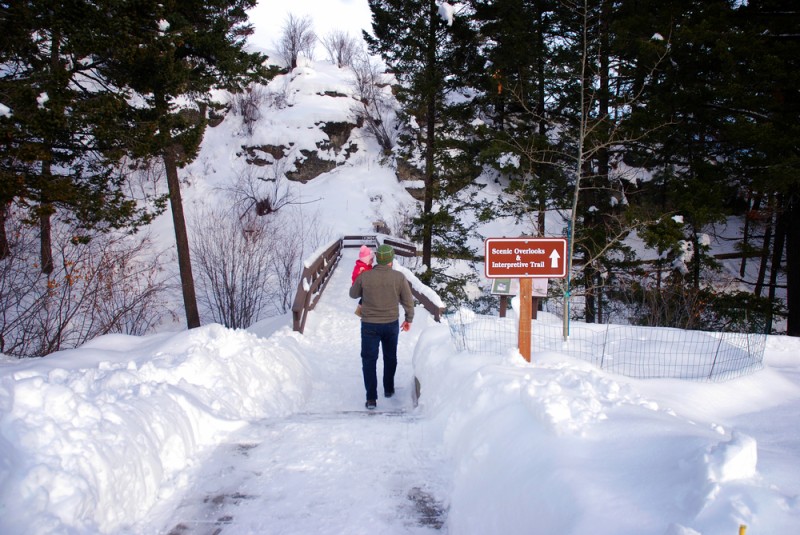 Unfortunately, Kalispell does not have significant events during the winter months. Most events run from late spring to late fall.

Brash Rodeo – Every Thursday night from May through September, you can experience a real Montana rodeo. Catch events like bull riding, team roping, and barrel racing.

Taste of Kalispell – Listen to live music as you sample the best food and drinks in Northwest Montana.

Picnic in the Park – This summertime tradition takes place every Tuesday and Thursday during the summer. Bring a blanket to spread on the grass, eat delicious food from street vendors, and listen to live music.

Kalispell Fourth of July Parade  – Enjoy the patriotic festivities with food, music, floats, and fun entertainment for the whole family. End the night with an impressive fireworks display!

Northwest Montana Fair – This Montana fair is the most significant time of the year in Kalispell! The fair typically runs for five days in mid-August and will feature rodeos, concerts, carnival rides, farm animals, and incredible fair food.

Flathead Celtic Festival – Kalispell has a robust Celtic culture, and it honors the heritage through music, dancing, crafts, and food.

Kalispell Christmas Parade – Enjoy this festive time of year at the annual Christmas parade. Stroll down the main street, and take in all the lights and decor while sipping hot chocolate and munching on fresh-baked treats. Don’t forget to let the kids meet Santa!