If you have ever considered the possibility of making the state of Montana your new home, you’re certainly focused on a beautiful corner of the earth. With its natural expanse of wide-open spaces and endless opportunities for outdoor activities, it’s not hard to see why many Montana residents feel privileged. But where are the best places to live in Montana?

Families looking to relocate here are likely thinking in terms of schools, amenities, and outdoor activities, while for younger people, especially those unattached, there are different things to take into account when considering the best places to live in Montana.

In practical terms, it could be more of a necessity to consider things like job opportunities as well as house and rental prices. But it will depend largely on individual means as there are huge differences in housing costs in a small town with limited amenities to another that is considered a somewhat cooler place to live.

And it could also mean the difference between having lots to do or absolutely nothing unless your idea of ‘doing’ things is limited to outdoor experiences. The social aspect of deciding on a place to live is often going to be a deciding factor for younger people, and even more so for single people. But in many ways there is something for everyone in Montana, so let’s take a closer look at some of the best places to live. 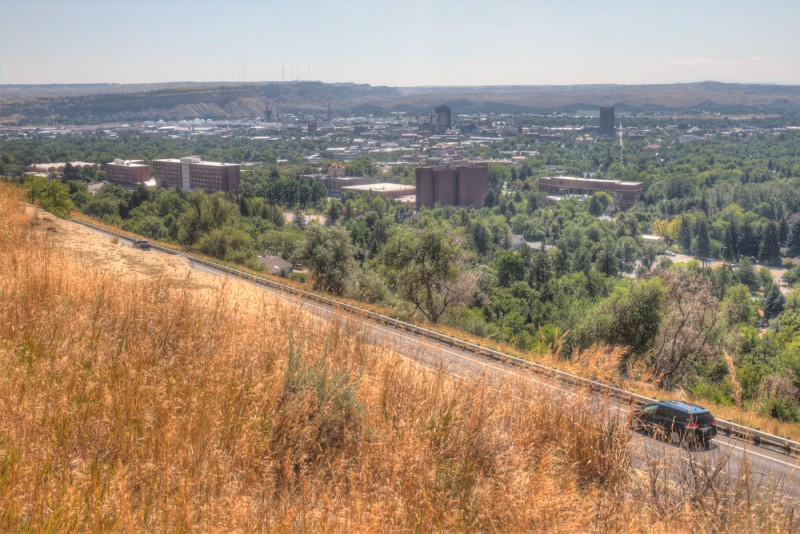 Billings is considered as one of the best places to live in Montana due to its relatively lower-priced housing costs in terms of renting and buying in a densely-populated area. The living costs here are equal to the average across the state and considering that Billings has a population of over 100,000 and is a commercial hub in the region, this is a definite plus.

The work, college, and university options are plentiful, and Billings is a reasonable option for anyone likely to be working locally, with unemployment rates at around the 4% mark, and jobs available in all kinds of industries.

The amenities and leisure avenues are plentiful and diverse in Billings when you consider that shopping, eating, and nightlife avenues can be found along with rodeo action or hiking and fishing in the local mountainous surrounds. 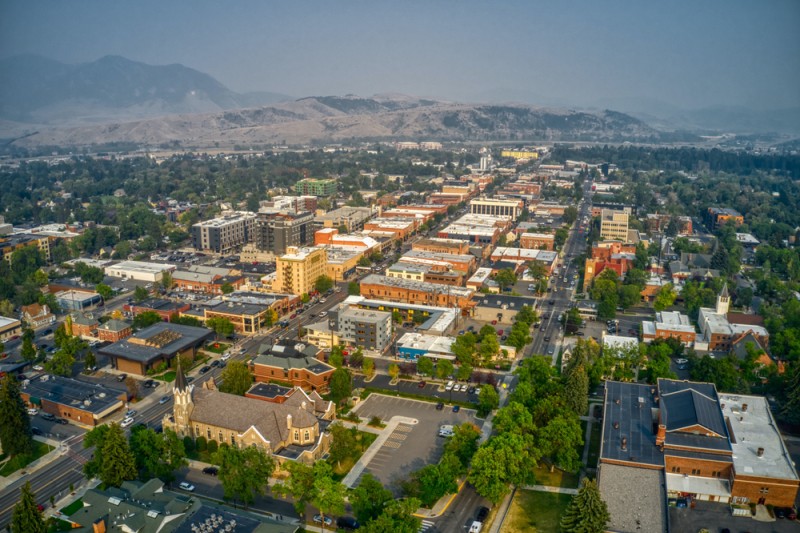 Anyone wanting to live somewhere with a reasonable population but still with a touch of the rural and the local community vibe near the mountains would love Bozeman. It has been termed the ‘most liveable place’ in Montana on occasion, and it’s not hard to see why. The only drawback is the cost of living here, which is around 10% higher than the national average, and rising.

Bozeman has a population of close to 50,000 and is one of those places that has seen an increase in visitors and popularity over the last decade or so. It has lots of charm as well as an arty vibe to it, with thriving art and culture scenes. The surrounding areas offer a plethora of opportunities for outdoor pursuits such as fly fishing, hiking, mountain biking, rock climbing, skiing, and all manner of backcountry exploring, so all in all a pretty decent place to live – if you have the means to do so. 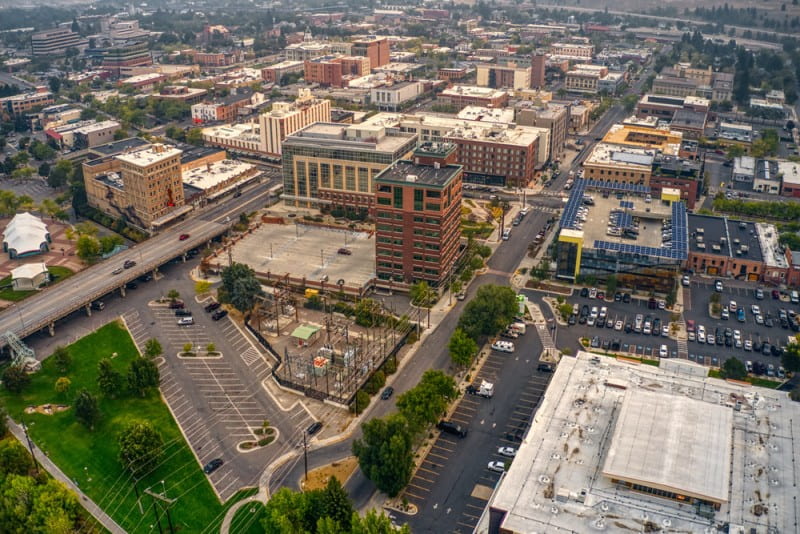 Missoula has one of the broadest sections of young people of all the Montana cities. It is a large city but is still in the mountains and near a river. There are close to 75,000 inhabitants, and Missoula is equally suitable for anyone with artistic leanings as it is for someone into nature and outdoor pursuits like hiking, skiing, and rafting, etc. There is plenty of nightlife and many other fun things to get involved in so it attracts a mix of interesting people.

The surrounding area is all lush green landscape set in the Rockies, and the city itself is set at the base of Mount Sentinel. Along the banks of the Clark Fork River is the 200-acre University of Montana, and the downtown area of Missoula is something of a hub for arts and culture, with plenty of entertainment options.

Young professionals seem to enjoy the vibe of Missoula life, and it has an abundance of amenities. The downside is that the cost of living works out at around 5% higher than the state’s average. 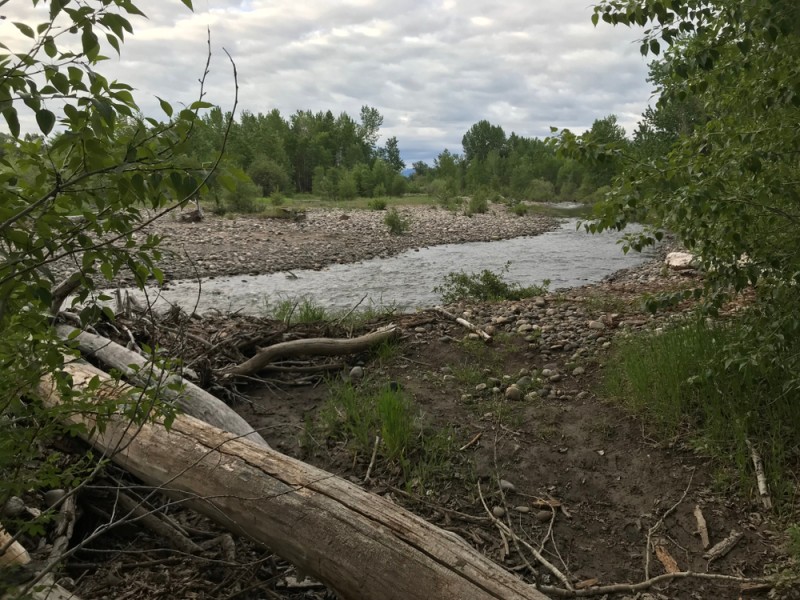 Belgrade is not too far down the road from the highly liveable Bozeman, so in some ways, you can expect a few similarities in this smaller scale town with a population less than 9,000. The good news is that it is somewhat more affordable, and Belgrade has established itself as a small-town community with decent amenities.

In fact, the cost of living in this small town in the center of the Gallatin Valley is equal to the national average, even though it is closely located to some of the major attractions in the region like Bridger Bowl and Big Sky Resort, to name but a few.

If you like the idea of living in Bozeman but feel something of a compromise is in order, then Belgrade may be the place to consider, – especially when taking into account that the town has a low crime rate. 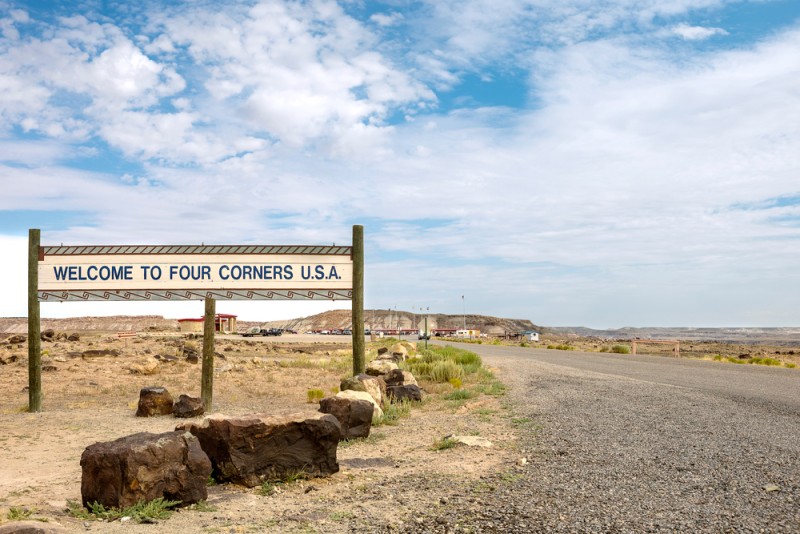 Four Corners is also close to Bozeman and has a reputation for being one of the best places in Montana to raise a family and buy a home. The small town has a population of just over 3,000 and is certainly ideal for families.

Young professionals who don’t mind living in a smaller place might consider the close proximity of this town to Bozeman, which is just over 7 miles. The fact that the community is connected to Highway 191 facilitates residents with commuting options and you needn’t worry too much about your own property when traveling to work in other areas as Four Corners has some of the lowest crime rates in the state.

The cost of living is unsurprisingly above the national average here, but considering some of the other factors related to the liveability of Four Corners, in many ways it’s really one of the best options for places to live in Montana. 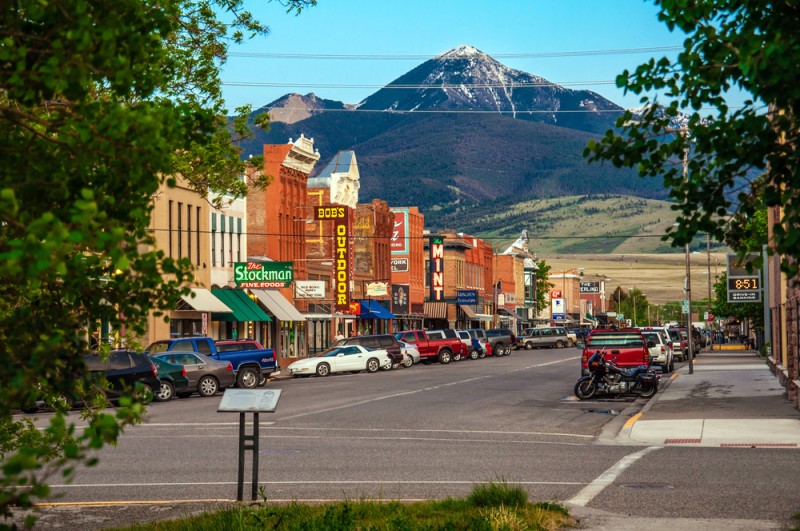 Livingston is one of Montana’s historic railroad towns from the late 19th century, and it was once considered the ‘Original Gateway City to Yellowstone National Park.

The town has a certain charm to it, and the good news is that the less than 8,000-strong population enjoys a cost of living slightly lower than the national average. In Livingston, there’s a nice combination of restaurants, coffee bars, and micro-breweries alongside the opportunity for outdoor adventure in and around the scenic surroundings.

Surrounding the town are four rugged but picturesque mountain ranges, while in the town itself you can indulge yourself with a few local cultural pursuits like the museums and art galleries. To top all that, the low crime rate adds to the appeal of Livingston as a decent place to live in Montana. 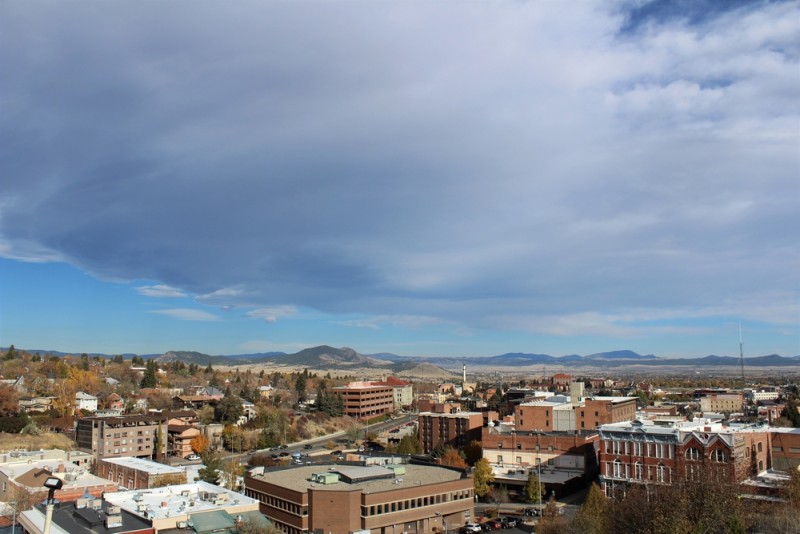 Obviously, you can expect a higher cost of living in the state’s capital than you would in a small town, but Helena is only slightly above the national average.

The 30,000–plus population is the modern-day culmination of one of Montana’s original boomtowns in the latter half of the 19th century, which led to the city gaining the moniker of “Queen City of the Rockies” when it became the capital in 1875.

Today it contains some of the richest architecture, culture, and history in Montana, although it is by no means stuck in the past. Helena boasts a vibrant culture that comprises diverse shopping avenues, art galleries, top restaurants, bars, and microbreweries. Not forgetting the fact that the city is surrounded by some impressive trail systems, which gives it a pretty diverse appeal.

Dillon is situated in a valley that 3 different rivers flow into, and it is considered a top spot by both local and visiting fishermen. With a population of just over 4,000, the residents of Dillon enjoy a cost of living that is almost 10% lower than the national average.

There is a touch of history to this place which can be seen from the museums and more notably the famous Bannack State Park. This is the site of Montana’s first major gold discovery and one of the best-preserved ‘ghost towns’ in the region.

So it may not be the liveliest, most urban setting to consider moving to, but it is certainly scenic, historic, and a lot cheaper than some other areas. 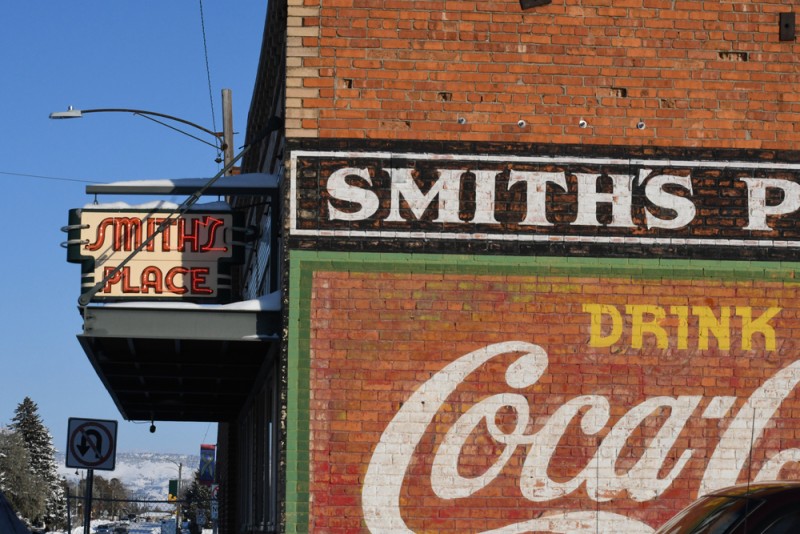 East Helena got its name due to its proximity to the capital Helena but is still considered an independent region. The development of the town stemmed initially from the lead industry that grew from a large lead smelter that was in operation until 2001.

East Helena has a sparse population of just over 2,000 but is considered as a good place to live as the cost of living tends towards being lower than the national average, and there is an abundance of outdoor opportunities to be explored in the surrounding regions which include 3 large lakes that resulted from dams on the Missouri River. 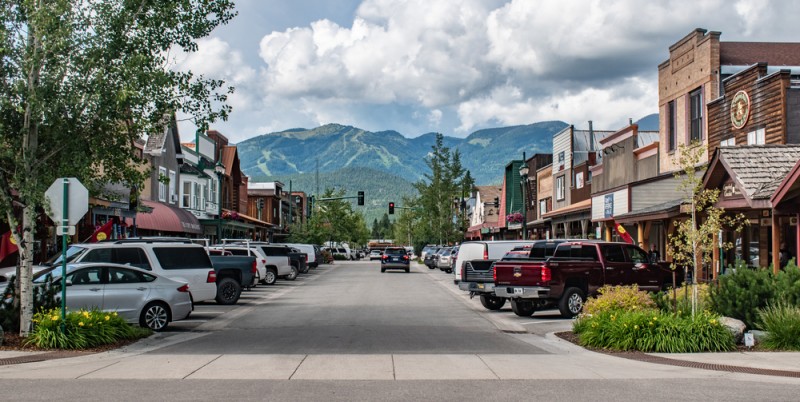 This one comes last because it is somewhat idyllic when it comes to places to live. If you consider that residing near one of the world’s top ski resorts up in the mountains is something you need in your life, then Whitefish may well be near the top of your list of the best places to live in Montana.

Whitefish has a population of just over 7,000 and is a scenic mountain resort town on Whitefish Lake that attracts visitors across the whole year — and if you don’t mind that you’ll love exploring the abundance of attractions as a resident.

Here you’ll find a range of shops, coffee houses, and restaurants, not to mention some of the best snow-based activities in the region as well as hiking, biking, and boating. There’s also theater, dining, and nightlife in bundles, to the point where it sounds too good to be true.

Of course, the thing to remember is that everything comes with a price, and in this case, the cost of living is as much as 15% higher than the national average, which is not that surprising when you consider that this indeed a great place to live for those with the means to do so.