When is the Best Time to Visit Livingston?

The best time to visit Livingston, in general, is throughout the summer months–between June and August–when the weather is sunny and warm.

This is a popular time for visitors, not just due to the more bearable weather but also in terms of the many outdoor festivals and other summer holiday events in and around the region. The snowmelt is complete and rivers and streams are flowing comfortably.

The other popular time is between December and March when the snow and the ski season arrive. Yellowstone Park can still be reached from Livingston during the winter, often by snowmobiles and cross-country skis.

Livingston isn’t a resort town and so doesn’t really operate that much according to seasons. Activities and outdoor pursuits that are accessible will depend largely on what kind of weather you prefer while indulging.

The fall and spring shoulder seasons are definitely the best times to seek out reduced accommodation prices, and the weather is warmer than in winter–although Livingston is renowned for being windy and always tends to feel a bit cold.

The shoulder seasons are ideal times to take advantage of the waterways in the area but land-based activities like hiking are even better. High season rates start to kick back in again around late June.

January is also quite slow, and there is a much higher chance of promotions and lower rates.

The low season in Montana is when summer is over and the area’s main winter resorts have also closed when the ski season is all done.

A lot of the other businesses and attractions near the ski resorts also tend to close for a short period once the ski season is over, although this is hardly the case with Livingston where life goes on year-round. 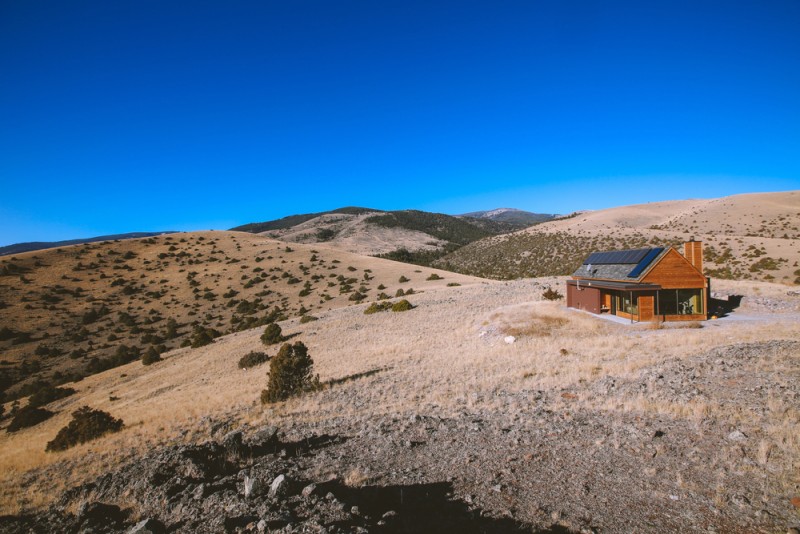 January brings some of the lowest temperatures likely to be seen anywhere in Montana, which can average around 2°F in some areas.

In Livingston, temperatures average somewhere between 9°F and 27°F with little chance of sun at this time of year so days are shorter. Average snowfall levels in Livingston are likely to decrease slightly throughout January from around 3.2 inches to 2.2 inches.

January is the low season but it still attracts a few winter enthusiasts who enjoy snow-related activities. If the sunshine does show up it only lasts for around 4 hours a day.

Another cold winter month with the possibility of temperatures as low as 5°F, but on average they will be somewhere around 19°F.

The higher temperatures of the month can fluctuate somewhere between 38°F and 43°F, and the weather tends to be a bit more irregular in February.

There can be plenty of clouds, but rain more likely takes the form of ice and snow, and again there isn’t much by way of sun.

March is close to the tail end of the winter season in Montana, with snowfall still common in some areas, particularly in southwestern areas like Livingston. Weather conditions are somewhat unpredictable though and you might start to see a little rain, even though this is less likely in Livingston than in many other areas.

There may even be the possibility of a week or two of sunshine, although it is still fairly windy in Livingston with average high temperatures somewhere between 43°F and 51°F (rarely falling below 28°F or exceeding 65°F).

The lowest daily temperatures average 23°F to 29°F, and nights remain cold. Early spring is starting to break through about now, but it is still pretty much on the cold and windy side, with the tourist season still to come.

April in Montana marks the beginning of milder days, although the nights are still cold and there is a tendency towards rain.

Spring starts to show itself more prominently, as do tourists. April is the time in Montana when daytime temperatures become more bearable, and in Livingston, they are most likely to be in the 29°F-60°F range.

Montana Weather in May

May is a beautiful time to visit Montana as spring comes into full bloom. The average temperatures are commonly in the 60s, fluctuating between 40°F and 68°F.

Any snow that remains in May is largely in the upper peaks of the nearby mountain ranges, and the sunshine makes a comeback in the latter part of spring–as does the wildlife–in line with ever-increasing numbers of tourists.

June is one of the best times to visit Montana in terms of sunshine, with average high temperatures now in the region of 80°F.

It won’t get much colder now than somewhere around the 40°F mark, and both the lower valleys and the higher plains get plenty of sunlight during the summer.

Swarms of tourists are likely to descend on Montana in June, especially in the Yellowstone National Park region.

July is the hottest month of the year in Montana, and the time to experience the best summer weather.

The average temperatures are commonly somewhere between 75°F and 88°F although night temperatures will still be around the 40°F-55°F mark.

July is mostly sunshine yet it is still worth noting that in mountain ranges and such, the temperatures can still plummet during the night.

Make sure to pack warm clothes if you have any camping trips in higher altitude areas in mind.

August is another beautiful Montana summer month and although temperatures are beginning to drop to the 68°F to 80°F range, humidity is higher in August. This is not so noticeable in Livingston though due to the wind!

The sunny days bring an average of 9 hours a day, and although light clothing is ideal for daytime you might need a few layers later on due to the slight temperature decrease, and insect repellent might also be a good idea.

September is the time when Montana begins its transition into the autumn season, resulting in some stunning visual scenarios, especially in areas of the Paradise Valley.

Average high temperatures tend to be in the region of 60°F to 70°F, with cooler nights ranging between 35°F and 45°F.

September still has an average of around 18 days of sunny weather, and wildlife is still fairly active during the autumn, so don’t be too surprised to see the odd bear or two.

In many ways, this is one of the best times to visit Montana weather-wise when there is an abundance of wildlife, and it is prime fishing and hunting season.

You might find around this time that warmer jackets and other garments are now becoming more necessary.

November is the time to bid farewell to the fall as colder temperatures begin to creep in. The average temperature range is between 20°F and 50°F and snowfall proper begins to appear as sunshine becomes scarcer at around 4 hours daily.

The weather becomes more unpredictable at this time, meaning that it could encounter clear blue skies one minute and gray clouds the next.

Outdoor pursuits like kayaking, canoeing, and other river and lake activities are still common as great ways to take in the scenery and the many hiking, biking, and trailing opportunities in the mountains are appealing.

December is pretty cold in Montana, with average temperatures dropping to somewhere between the 18°F to 35°F mark.

Luckily temperatures in Livingston don’t drop as low as over on the eastern side of the state, although snowfall in the mountains gets more severe, and a chill wind comes in.

Short days mean the sun’s presence wanes significantly, and you will definitely need to consider winter coats, caps, gloves, boots etc. at this time of year. 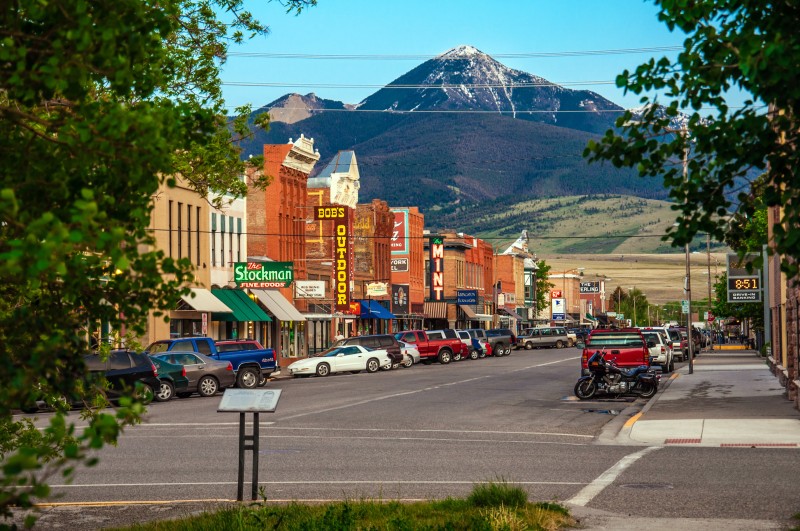 The Sacajawea Park Easter Egg Hunt occurs in April, and this popular local park hosts the activities. Enjoy a day of family fun with the kids, when local firefighters hide something close to 5,000 eggs. Some of the eggs are redeemable for special prizes.

Livingston’s renowned Farmer’s Market starts to run in June. This occurs every Wednesday until September and features the best of local produce, as well as locally-made arts and crafts and even live entertainment.

The Festival of Arts at the Depot is an annual event held at West Park Street in Livingston. This is the time when more than 100 talented local artists and craftspeople.

From blacksmiths to jewelry makers to photographers all come together each year at this event, which is always lively and entertaining.

August is the time of the Livingston Hoot, held on North 3rd St, in Livingston. This is a free, family-friendly event that brings thousands of people downtown for live music, local vendors, a children’s area, and more.

If you are in town during the winter months be sure to check out the Yellowstone Ski Festival at the Rendezvous Ski Trails in West Yellowstone in November.

The event kicks off every Thanksgiving Week, and cross-country skiers from around the world descend upon West Yellowstone. The event includes Nordic Ski Clinics, racing, demos, and plenty more.