Great Falls, Montana, just east of the continental divide, is the seat of Cascade County and the third-largest city in the state. Though it holds a great deal of Montana’s population, it can be overlooked as a tourist destination, with many visitors preferring to be adjacent to Glacier or Yellowstone National Parks.

But Great Falls is the Gateway to Missouri River Country and boasts some of the greatest cultural institutions in the state. This one city alone holds more than 10 museums and a symphony orchestra, and many types of creatives – writers, artists, and musicians – call Great Falls home.

Like many cities in Montana, the wild swing of the seasons renders many activities in Great Falls seasonal. Visitors should take note of what they can participate in during different times of the year when planning a trip there.

If you’re unsure what’s the best time of year to visit Great Falls, here’s a brief rundown of the various tourist seasons, monthly weather, and calendar of major events. 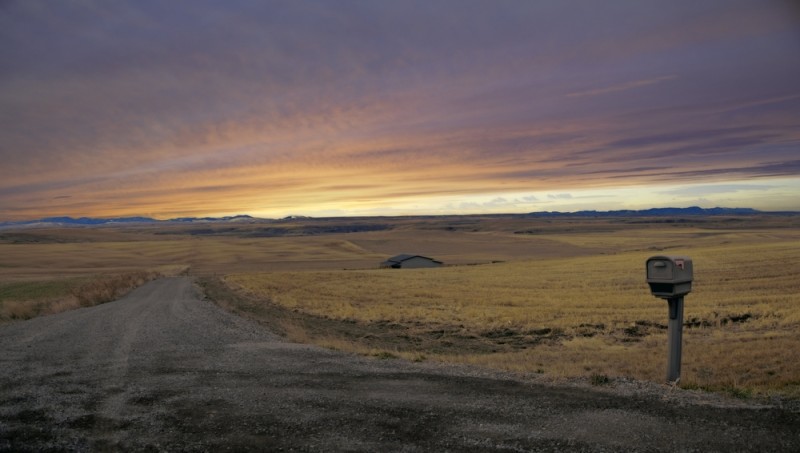 The month with the highest vacancies and lowest prices is October. Thankfully, the weather in October is still fairly mild, making this an ideal time to plan a trip to Great Falls for bargain hunters and last-minute vacationers looking for hotels.

The holiday season is the best time to shop in Great Falls. In addition to the many national retailers that maintain an outpost there, one of the state’s longest-running holiday markets takes place annually in November.

August typically has the most festivals and events. With live music, beer gardens, and even auto shows, Great Falls puts on a myriad of outdoor events in the summer to take advantage of the prime weather. 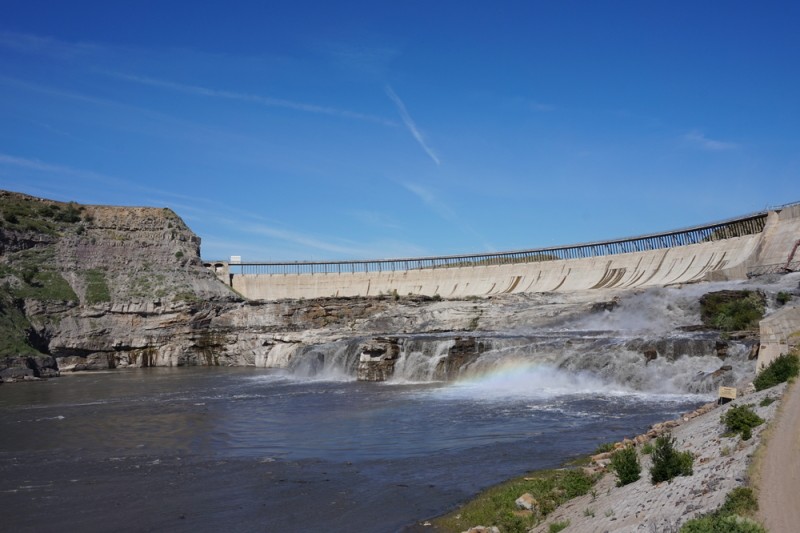 Like most of Montana, Great Falls enjoys a summer high season. Generally, this is June through August, but note that of them, July is the busiest month of the year for tourism.

This is going to be the most expensive time to book rental cars, hotels, and resort stays, though most attractions in town don’t suffer from much of a “tourist tax”: meaning attractions and dining will largely remain their standard prices.

The shoulder seasons, meaning spring and fall, aren’t exactly equal. While spring temperatures are certainly higher than in the winter, it is the rainiest time of year.

In May, it can rain as much as a third of the month. Fall is considerably drier and balmier. If you’re looking for the best combination of comfortable weather and low accommodation prices, October is the most ideal.

The low season is during Montana’s long winter. Generally, winter in Montana lasts from November until April. Though it snows less in Great Falls than in some other Montanan cities, it can still be bitterly cold, especially at night.

The snowiest month is December, so if you prefer your cold days with clear skies, it’s best to aim for February. 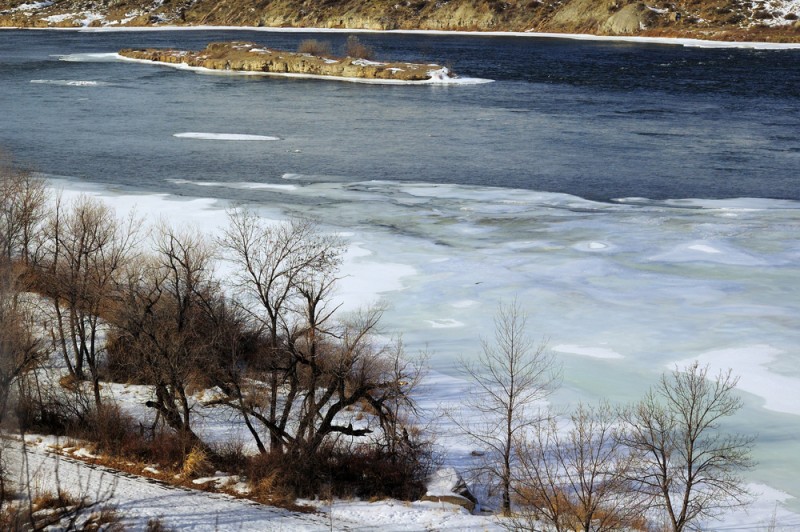 With cold, windy days and rarely a night above freezing, January in Great Falls can be a shock to the uninitiated. While major thoroughfares and interstates are plowed regularly in the winter, you may still need snow tires to feel more comfortable driving, and do take a set of chains if you plan on going skiing in the Rockies.

You’ll have to bundle up completely both at night and during the day, so be sure to pack enough winter gear.

Despite the cold, February in Great Falls is often one of the sunniest months of the year. Be prepared for some beautiful – but frozen – bluebird days, showcasing those famous big skies. Though you’ll still need the winter gear, a rain slicker might be overkill this time of year. Nights dip below freezing, so watch for black ice on the roads, especially first thing in the morning.

March is when the temperature rises considerably, especially toward the end of the month. Though it’s still cold, you may be able to get away with a couple of layers and a rain jacket during the day. The roads can still freeze at night, so continue to take care when driving. 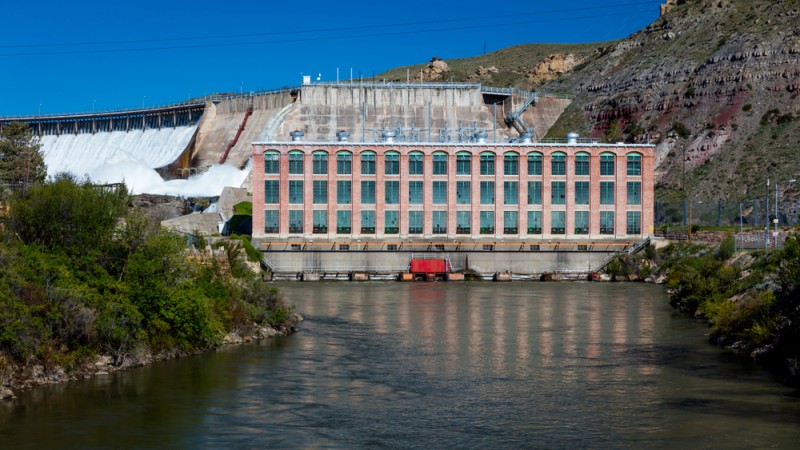 The winter chill subsides in Great Falls in April, though this is the beginning of the rainy season. Any rain gear you care to bring would likely be helpful, an umbrella or a hood might be necessary at the least.

In town, roads should be clear this time of year, though any forays into the mountains may still be fraught with road closures and icy conditions.

Warm, humid, and rainy, May in Great Falls comes with a welcome increase in temperature though not without the occasional downpour. Generally the rainiest month of the year, May has some miserable stretches of rain punctuated by balmy, sunny days. Nights can still be cold enough to warrant a proper coat, so be sure to pack one just in case.

The first month of the summer high season, June brings warmer temperatures to Great Falls. Though the rains begin to subside somewhat, rain showers still occur and the humidity remains much higher.

The temperature can fluctuate wildly from day to night, so pack plenty of layers. Driving conditions are ideal this time of year, though you may encounter road maintenance or construction along stretched that were damaged over the winter. 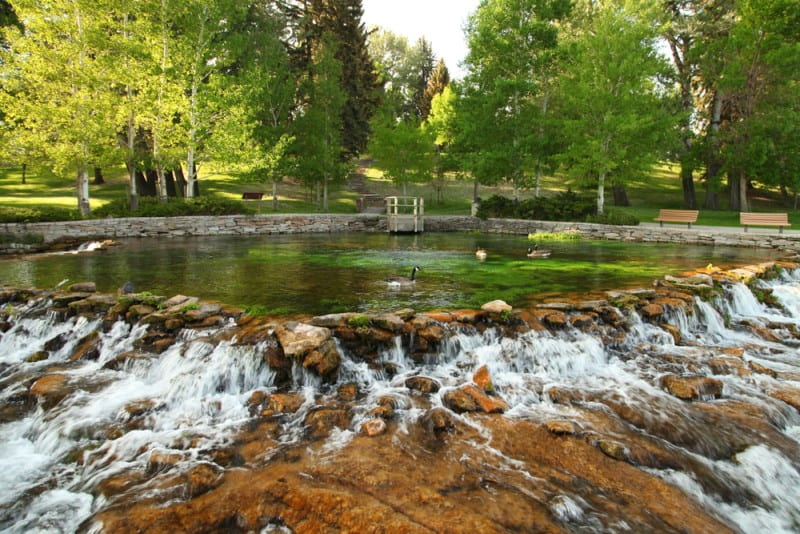 July is the hottest month of the year in Great Falls, with clear blue skies and hot days. While you still may need a jacket at night, you’ll want to have some legitimately summery clothes on hand for exploring during the day. Driving conditions are ideal in July, so no extraordinary precautions need to be taken.

Fully in the swing of Summer, August in Great Falls has hot, clear days perfect for lounging outdoors and swimming in the lake. This is the busiest month of the festival season, so be sure to pack summer clothes, layers for after nightfall, and plenty of sunscreen. 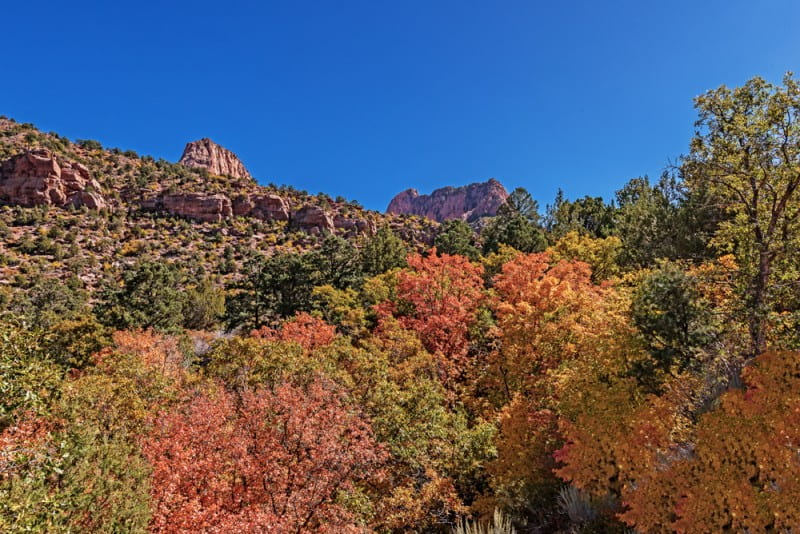 The beginning of the shoulder season in Montana, October in Great Falls can be a bit chilly, though most days are still clear and bright. With plenty of sunshine and cool, crisp air, this is a great month to spend time in the city exploring. You could find some snow flurries if you’re driving through the mountains, so be prepared for delays.

The first snows reach Great Falls in November as the temperature drops. This is when the city begins to feel wintery, and demands that the coats, gloves, and scarves come out of storage. Driving can become difficult as the roads begin to freeze at night again, and mountain passes could see considerable snowfall.

Generally the coldest month of the year, December in Great Falls comes with frigid temperatures and the occasional snowfall. Be sure to pack proper winter gear and plenty of layers to keep warm if you’re planning a visit during this time, especially because holiday season activities may draw you outdoors frequently.

Driving on main roads and the interstate is generally fine, but smaller roads and highways may be easier to navigate with snow tires and four-wheel drive. 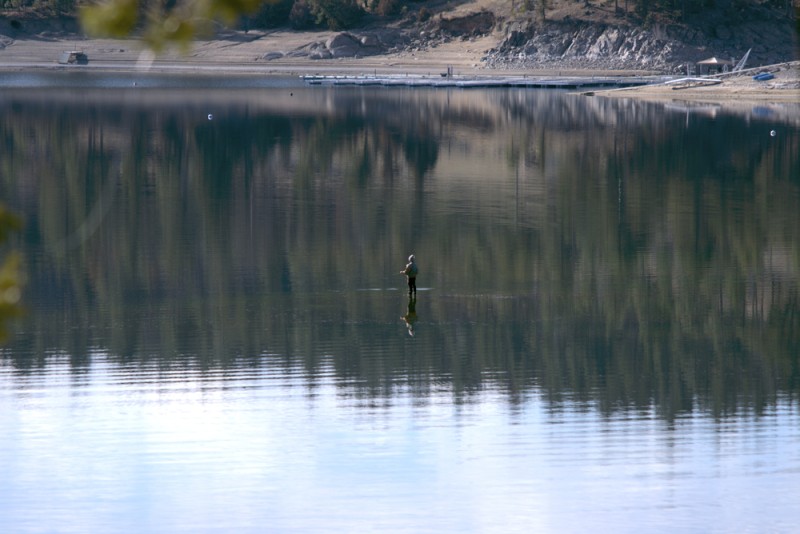 Every Wednesday evening from June until August, the Great Falls Municipal Band performs a concert at the Gibson Park bandshell. Though there is some bleacher seating available, you’re encouraged to bring a picnic blanket or a lawn chair in case it fills up.

For three weekend nights in the middle of summer, part of Downtown Great Falls is closed to traffic to erect the grounds and stage for the Downtown Summer Jam. Both National and local acts play, and rounding out the event are many different food trucks, beer gardens, and other vendors.

This new sports and music festival combines some of Montana’s favorite pastimes with both local and touring bands on two stages. Featuring pickleball, disc golf, and a fun run combined with live music, this annual concert series is held at the beginning of September as a send-off to summer.

This giant annual motorcycle exhibition also features live music, a railroad museum, hundreds of vendors, and a brewfest. If you’d like to register to participate, you can do so as early as the beginning of the year.

An exhibition of the best western-style art from in and around Great Falls, the Western Art Week gives local gallerists, independent artists, and art students a chance to showcase their work to a wider audience. You’ll find work ranging from classic to ultra-contemporary, with both 2 and 3D art represented.

This mural festival brings several street artists from around the nation to help redecorate Downtown Great Falls. With three separate locations, the Kellergeist, the Brighten Up Shop, and the Pennington/Russell Building, there’s enough room to host several new murals every year.

The artists arrive and paint for a week in the middle of August, and spectators are encouraged to go see them live, in action. 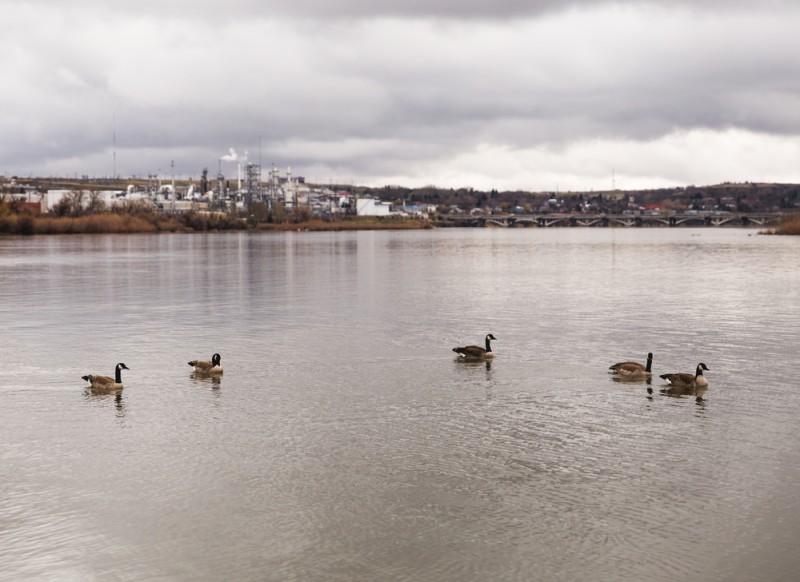 Every year in mid-October, the Heidelberg Lounge hosts its own Oktoberfest. Offerings include games, soft pretzels, and of course, plenty of beer.

One of the longest-running Holiday Markets in Montana, the Holiday Happenings Market and Vintage Show has tons of vendors selling gifts, wares, and holiday decorations. This is held annually at the end of November in the Montana ExpoPark. 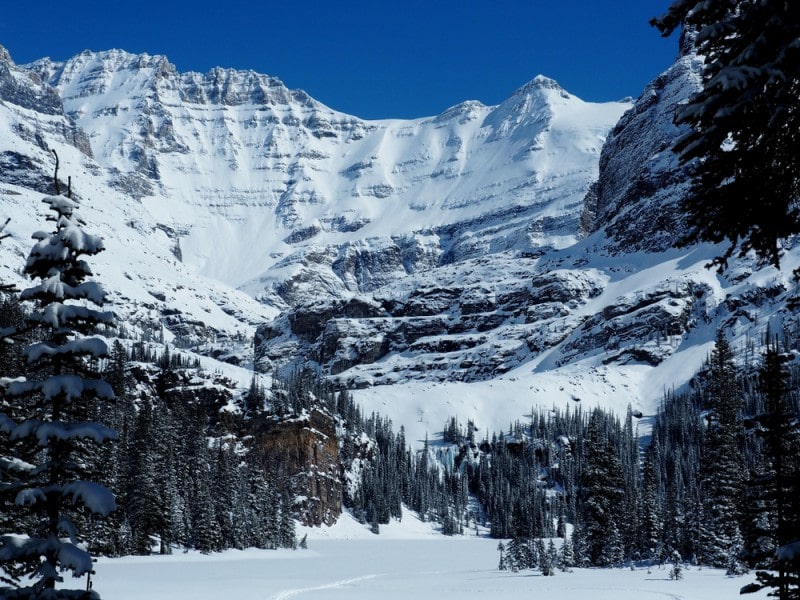 Like many cities in Montana, Great Falls hosts an annual Christmas Stroll to inaugurate the holiday season. Businesses decorate their storefronts in lights and find other ways to participate, while the Downtown Association lights the annual Great Falls Christmas tree.

Ski Areas Open for the Season

While opening dates are always tentative, ski areas in Montana rarely fluctuate more than a day or two from the anticipated day, if at all. Snow accumulation in Montana’s mountains is fairly predictable and resorts usually open right on schedule.

This small ski area with a local vibe usually opens in mid-December. 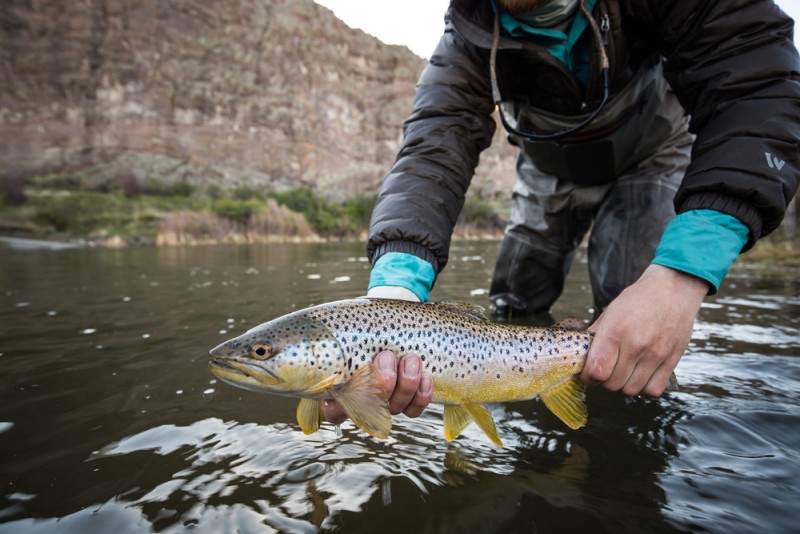 Every year on the Saturday before Easter, the Department of Parks and Recreation hosts an Easter Egg hunt for kids in Gibson Park. “Hunting” areas are divided by age, and families are encouraged to arrive by 11 am.

To celebrate the arrival of spring, the Department of Parks and Recreation holds an annual family fun run called the Ice Breaker. Participants who register in advance will be assigned a number, receive some race swag, and be entered into several drawings to win prizes. You can register by age group for one of three races: a five, three, or one-mile race.

To maintain this important part of Montanan culture, the annual Kid’s Fishing Day aims to teach youngsters the basics of fishing. The event covers core elements of the sport like types of tackle and the responsibilities and ethics of fishing. The Great Falls Chapter of Walleyes Unlimited donates 1,000 rod and reel combinations and tackle boxes for the event, so kids don’t have to feel left out if they’ve come without gear.

With the combination of several intriguing events spread over a week, Great Fall’s Craft Beer Fest is widely attended and greatly anticipated every year. It includes a judged brewery competition, a party hosted by a local distributor, and several “tap takeovers,” where local breweries temporarily occupy taps at several local pubs and bars, often with seasonal offerings.