Billings’ Rimrock Mall is one of Montana’s largest and most popular shopping destinations. It has been a staple retail and meeting outlet in the local community for more than 40 years, and a visit to the Rimrock Mall entails a unique shopping experience.

In the eyes of the local community, the store is undoubtedly the best mall in Montana, but it has also increasingly become more of an attraction for the ever-increasing tourist trade much of which is delighted to find that Montana doesn’t have a state sales tax.

In this article, we will take a closer look at the Rimrock Mall and why you should stop by on your next visit to Billings, Montana.

The History and Details of Rimrock Mall

This Billings mall first opened its doors back in 1975 on land previously used for sugar beet agriculture. On its opening, the mall caused some kind of chaos for local traffic police who apparently put the number of cars somewhere in the region of 10,000.

Needless to say, the mall was a roaring success in the 1970s, with stores like Hennesey’s and Montgomery Ward moving in towards the latter half of the decade. More stores moved into the mall in the 1980s, including J.C. Penney which was something of a fixture in downtown Billings prior to that.

In the late 1990s, this version of the Rimrock Mall was sold and eventually closed, with the premises and space being used for various other purposes for a time.

It wasn’t until more than a decade later that the mall space once again changed hands and a serious revamp set underway. By 2016 some serious redesigning had been completed as well as the demolition of some older sections and the construction of a much more modern setting.

The Rimrock Mall today covers more than 600,000 square feet of retail space on one floor, with a few fixed features in terms of the names and the stores that reside in the mall. There have also been a few passing ones in more recent years.

Mall officials reportedly remain confident about the future of the retail space in Billings despite a downturn in mall attendance and shopping in general possibly resulting from online habits.

The Main Stores and Features of the Mall

Rimrock Mall is anchored by established names along the lines of Dillard’s and JCPenney along with the likes of H&M, Herberger’s, Target, and T K Maxx to name but a few.  Potential visitors to the mall can see from the directory HERE just how vast the amount of unique and varied stores contained within the mall is.

One of the most-attended spots in the mall is the AMC Classic Cinema, a 10-screen movie theater multiplex that can be found on the north side of the mall across the parking lot.

Visitors to the mall can refuel in the Food Court, which features everything from pizza to Chinese food, to pretzels, and much more. The mall also features several large seating areas which also now have free charging stations, and there is a useful kids’ play area near the J.C. Penney store.

The mall has a special place in the Billings community and often hosts community events and activities such as free concerts or 4th of July fireworks, showcases, kids’ Halloween festivals, and many more.

The Rimrock Mall’s Location and Getting There

The large mall can be found one mile off the I-90, at 300 South 24th Street West. This is a rapidly-expanding sector of Billings, and you can use Exit 448 to get closer off the highway, then at the top of the King Avenue West overpass take another right and stay in that lane.

If you stay with King Avenue West until you reach 24th Street (the 3rd light) before turning right again on 24th Street West, Rimrock Mall will come into view on your left—the true confirmation coming once you catch sight of the Dillard’s sign on the building.

The mall is located in the heart of Billings, is easily accessible from the main road, and has ample parking.

If you are not likely to be coming by car you might find the fact that the MET Transit bus lines have a station adjacent to the mall useful. This makes a trip to the mall by bus from the locality easily accessible.

The Mall’s Hours of Operation and Fees 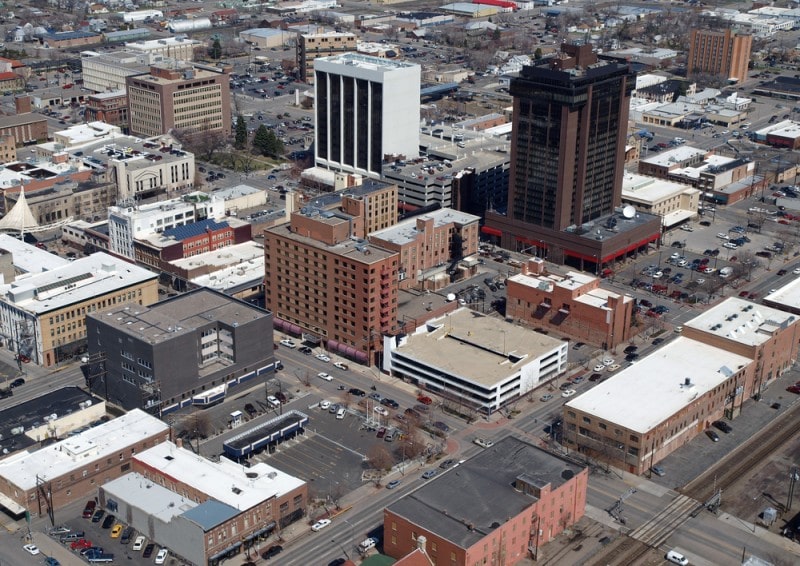 Overall this is a reportedly nice mall with a little of everything and a decent range of shops. This may depend to some extent on what you are used to in terms of malls, but the fact that the mall has the surroundings of Billings as a backdrop makes for an interesting contrast.

It is centrally located which makes it easily accessible by anyone visiting the area, and it seems clean and modern, with constant updates going on like new flooring.

There are certainly signs of a few empty units here and there but it is an obvious result of more people buying from the internet. That said, the Rimrock Mall is worth a visit for anyone close to the vicinity of Billings.